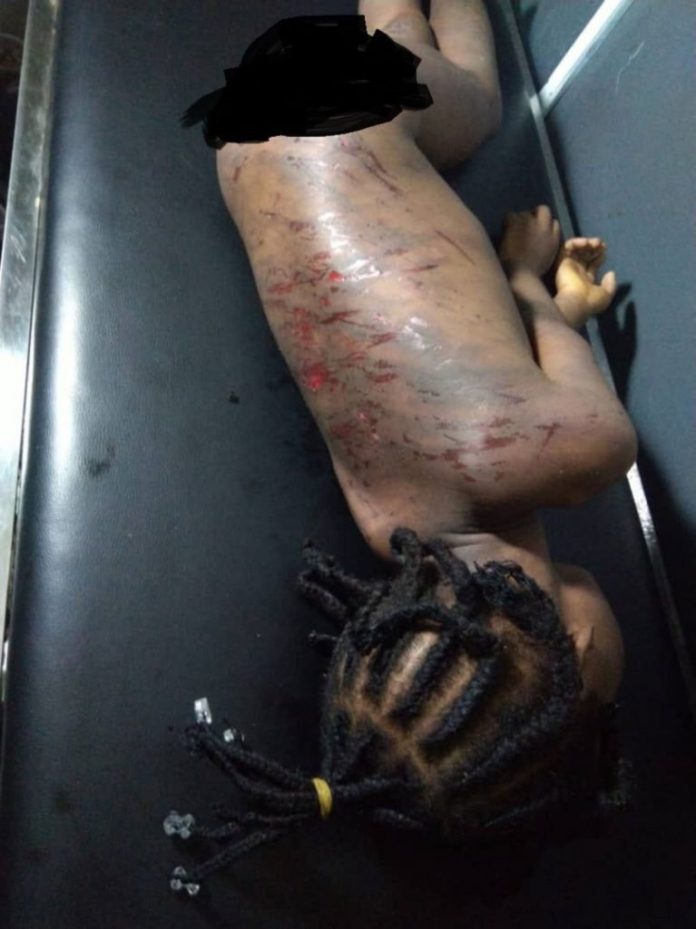 An unidentified father has allegedly flogged his daughter to death in Akure, Ondo .

The killer father is on the run now

According to her, a woman took the girl’s corpse to the state hospital in Akure, but fled with it immediately the girl was certified dead. 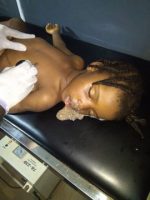 Both the father of the girl and the woman who brought the child to the hospital are yet to be identified.

According o a staffer of the government hospital where she took the girl, by the time the doctor on duty could rush and attend to her, it was discovered that she even brought the child dead.

“The doctor had to quickly tell the woman that the young kid she brought to the hospital was dead already.

“Before you know it, the woman grabbed the girl and ran away from the hospital facility”.

One of the doctors on duty when the incident occurred confirmed the incident, noting that the child was brought in dead by the mother.

“Immediately she (the woman) brought in the child dead to the hospital, we tried to resuscitate her but there was no life again,” the doctor said.

“And before we knew it, the woman grabbed the corpse of her child and ran outside the hospital facility.

Also, confirming the incident, the Administrative Secretary of the hospital, Dayo Owoseni disclosed that, he only heard about the incident this morning and we have called on the doctor on duty to come over and explained what happened.

Spokesperson of Ondo State Police Command, Femi Joseph who confirmed the incident said that investigation had already begun to unravel how it all happened.

He emphasized that there was no proper record of the case registered at the hospital, but efforts are on to track the woman.

“We have already sent in some officers to go and investigate the case to know what actually went wrong,” the PPRO stated.