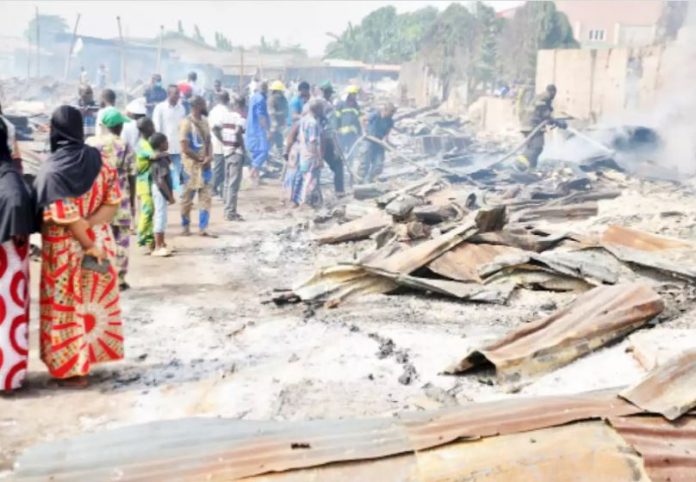 Many residents and several traders who lost everything they owned to the fire outbreak of Wednesday, January 5 at Okobaba, in Ebute-Metta area of Lagos, had seen their properties gutted in a similar way about six months ago. The latest fire incident was the third of such fatal cases in just nine months.

Counting their losses, those affected in the recent fire outbreak put their combined losses at an estimated N400 million. They said in the last nine months they have lost over one billion naira to fire outbreaks in the area.

The fire of January 5, which started about 11am, razed over 500 properties belonging to about 2,000 traders, majority of whom are struggling to eke out a living by selling planks, keys and nails.

The Okobaba sawmill is one of the biggest sawmills in Nigeria, contributing about 80 to 90 per cent of woods used in Lagos State. Located at the Lagos lagoon in Ebute Metta, the sawmill accommodates over 2, 000 sawmill operators.