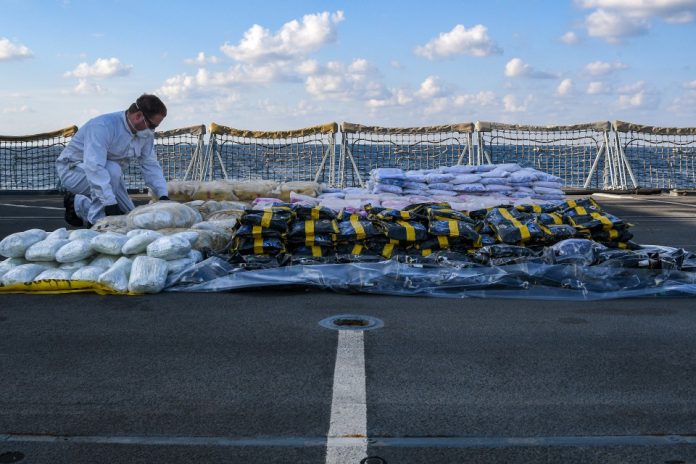 Royal Marine commandos seized drugs worth £100million when they stormed a ship at sea.

The team found a ton of Afghan heroin, hash and crystal meth on the traditional dhow in the Gulf of Oman off Iran.

They launched attack boats from the frigate HMS Montrose and surprised the smugglers.

The Navy said: “They pounced so quickly the crew had no time to hide their illegal cargo.”

The boarding team’s leader Lt Joe Martin said: “It’s great to take drugs like this off the streets.”

Montrose captain Commander Claire Thompson said: “This will deal a huge blow to the criminal or terrorist gangs using these illegal narcotics to fund their activity.”

The dhow was plying the smugglers’ so-called “southern route” – the fastest growing drugs route in the world.

It sees narcotics shipped from the Makran Coast of Iran and Pakistan to East Africa and then on to Europe and the US.

A record £900 million worth of drugs were seized on the sea route since July, a Bahrain-based naval taskforce said.