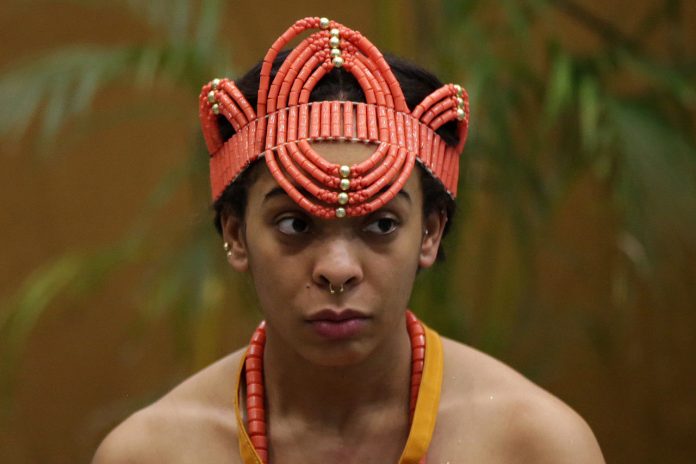 After telling us all the lessons he deduced from the show, Abati thought it necessary to describe the size and shape of Tboss’ frontal undulations and that is where he missed the mark.

As fans continue to celebrate Efe Ejeba and the return of other Big Brother contestants from South Africa, Dr. Reuben Abati penned his submissions on the just concluded show but the piece only earned him a lot of ‘slap’ back.

Many of the veteran journalist’s online disciples felt disappointed about the article and for a moment, the twitter folks basked in dragging the spokesperson to the former president, Goodluck Jonathan.

Dragging one of the finest men in journalism to the level that compares his opinion to Bob Risky’s talk simply authenticates the “twitter has no chill” saying.

Let’s not get it twisted, there is no doubt that Dr. Reuben Abati is one of the most respected journalists in Nigeria. His dexterity in  journalism has gloriously earned him the deserved  fame and accolades.  His name remains deeply associated with journalism as Fela Anikulapo is undeniably associated with music.

A lot of Nigerians have drunk from the fountain of Abati’s wisdom. Many Nigerian elites have formed their fantastic opinions on issues of national interest after digesting the veteran journalist’s piece on same issues.

He has been doing this for years, and his contemporaries and the younger generations have  always had a reason to celebrate his creative prowess. Dr. Reuben Abati is an extraordinary gem in the Nigerian creative industry.  No doubt!

This is the estimation of most Nigerians (including those on twitter) about Abati until he chose to write about BBN and Tboss.

As expected of him, the veteran journalist hit the keyboard to pour his thoughts on Big Brother Nigeria show. He drew cogent lessons from the program as he talked about  perseverance, humility, marketing and democracy and how all these contributed to the overall success of the show, the organisers and the winner.

After telling us all the lessons he deduced from the show, Abati thought it necessary to describe the size and shape of Tboss’ frontal undulations and that is where he missed the mark.

The twitter disciples descended on him, dragged him and expressed their disappointment in the man they have always held in high esteem.

If Abati had only talked about the four lessons he highlighted in the article and then talked about the few knocks he raised, it wouldn’t have been a big deal perhaps, but as the piece drifts to conclusion, his pen wandered off,  landed on Tboss boobs and twitter could not help but asked why Abati of all people would descend so low to body shame a woman.

“TBOSS and the other girls kissed and got groped by the boys on live television putting their upbringing to shame. TBOSS, who claimed she didn’t need the money even exposed her breasts on live television more than once. I have seen better breasts TBOSS. I am not too sure those private jet owners will be excited by your fluffy, South-looking, slightly bigger than mangoes breasts. If the same men see bigger assets, I mean, those interesting Ojiakor-like ones that look like papayas, pineapples and watermelons, they will not send private jets, they will deploy submarines and fighter jets! And that’s why you got N500k in the end…”

The twitter sphere got pissed with this paragraph, even readers on other publishing platforms where the article was published did not hesitate to give Abati a piece of their mind.

The paragraph ostensibly impugned the significance of the piece. Body shaming a woman that just attained a celebrity status is a big deal and it is the least we expect from a highly respected people like  Abati.

Whatever Tboss said or did in the house was a ploy to win the prize. After all, Big Brother Naija is a competition and every contestant was in the house  to win,  but to subject her body part (especially that part) to ridicule is an uncalled-for remark. Not even the type we expect from the Reuben Abatis of this world.

This is the same old narrative of blaming a teenage girl for getting pregnant and praising the teenage boy, who impregnates her for proving his paternity. It is 2017 and we won’t like to be taken aback.

In any case, it is the  fantastic piece we always love to read if only the boobs had been spared.

Now, the Big Brother Naija  show is over and we deserve to have a break from the whole hullaballoo about the show.  Please let no one bring up discussion on Tboss’ nose ring or Bisola’s look for now.

After 70 days of following and discussing the contestants, we truly need a break from this.