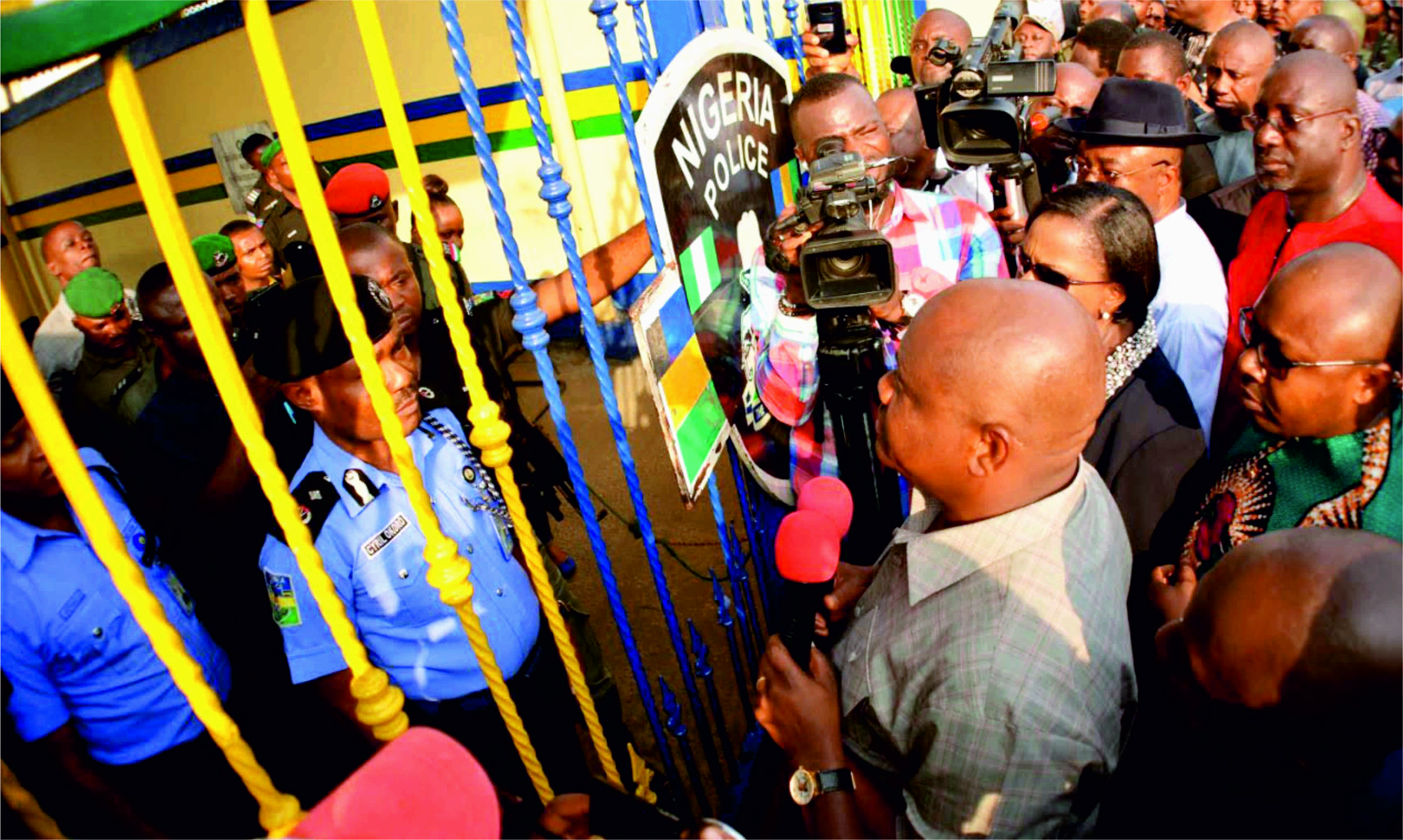 THE Saturday, December 10, 2016, re-run legislative elections in Rivers State ended leaving traces of electoral anarchy in the annals of Nigeria’s history of political development. The irony of the election was that public institutions namely, the Independent National Electoral Commission (INEC), and the various security agencies – the police, DSS, NSDSC, etc, assigned to provide neutral services in supervising the elections, protecting human lives and electoral materials, were deeply involved in partisan services for the ruling All Progressives congress (APC) at the various polling units, including the collation centre.

Several stakeholders across the country are beginning to express fear that President Muhammadu Buhari is gradually destroying the transparent credible election legacy bequeathed to him by former President Goodluck Jonathan. President Buhari was a principal beneficiary of the Jonathan election model which further brought the APC to power from the opposition.

Investigations revealed that the desperation for victory by several party leaders led to violence approaches to the rerun elections at different stages. APC leaders were particularly over ambitious to use the security agencies to coercively achieve their aims.
The rerun National and State House of Assembly elections left several persons dead, many injured. The actual figures and violence sources have become subject of political conjectures by the two leading political parties, the APC and the Peoples Democratic Party (PDP).

Notwithstanding the security buildup for the elections, desperate political leaders had their ways in carrying out various forms of irregularities, including using thugs to hijack voting and sensitive materials in several local governments.

Perhaps, the acts were possible because of the partisan roles of the electoral umpire and the security operatives.

Since APC is in control of the public institutions of government and the security agencies, acts of impunity that occurred during the elections were more traceable to APC leaders in both Rivers State and from Abuja. This is where the President needs to be vigilant over what happens in the electoral processes to convince both domestic and foreign stakeholders that he is prepare sustain the electoral culture he inherited from Jonathan and the PDP. The disaffection over the election compelled Governor Nyesom Ezenwo Wike to lead thousands of citizens in Rivers State to take to the streets last week in protest of the mass killings by the Police and other security agencies during the December 10 rerun elections.

The peaceful protest march took off from Government House, Port Harcourt, at 8.00am, went through Azikiwe Street and Bank Road before terminating at the Rivers State Police Command Headquarters on Moscow Road.

As the thousands of protesters approached the gate of the Rivers State Police Command, policemen on duty ran into their premises, closed their gates and peeped from the openings of the gate.

Governor Wike and the other leaders waited patiently for about 30 minutes before the Deputy Commissioner of Police, Mr. Cyril Okoro, came out to listen to them. Even at that, he spoke through the gate which was securely locked from within.

Governor Wike further stated: “If they don’t leave the state, then, we will do all we can to ensure they leave this state. They must leave this state. They have killed innocent people. We have come here peacefully, communicate this to your superiors in Abuja. I cannot write again, since I have done that repeatedly. Please, I don’t want my people to die anymore. I don’t want armed robbers posted as senior police officers to Rivers State,” the governor further declared.

He noted that the Police High Command has refused to act despite the overwhelming evidence against the duo, especially, the video footage that showed Akin Fakorede and other security operatives trying to snatch results of the Rivers East Senatorial District. Governor Wike argued that the situation where security officials have transformed into politicians in uniform is quite unfortunate.

In his response, Deputy Commissioner of Police, Cyril Okoro assured the governor that the Rivers State Police Command will pass the message to the Police High Command for necessary action.