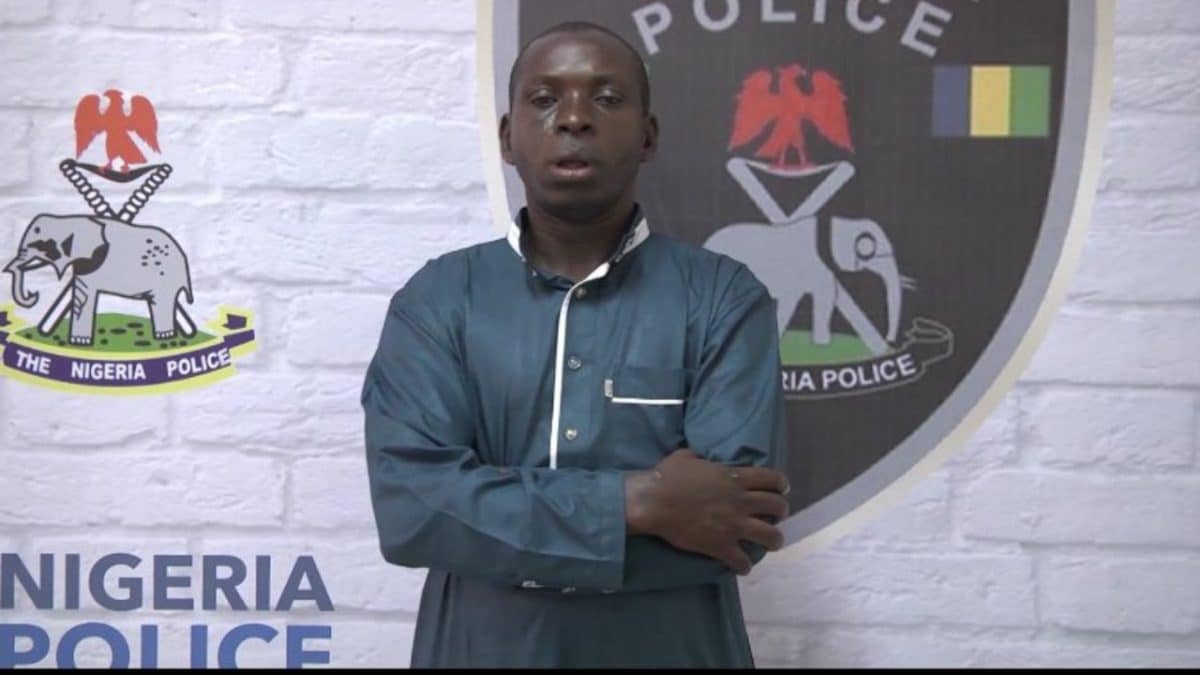 The notorious kidnapper, Hamisu Bala Wadume, who has been re-arrested by the Police after he was set freed by the Army in circumstances that led to the killing of three police officers in the Inspector General of Police Intelligence Response Team by soldiers, has confessed how the Army released him from the Police in Taraba.
Bala Wadume in a short video narrated: “I was arrested by the Police. As they were taking me away, some solders trailed us and opened fire on us. They took me to the Barracks and cut the handcuffs on me with saw. Then, I was set free. I was taking cover in the bush when I was rearrested by the Police.”
The Nigeria Police had in a statement on Tuesday declared that the operatives of the Force have re-arrested the notorious kidnap kingpin, Alhaji Hamisu Bala Wadume.
The Police had in the statement by DCP Frank Mba, Force Public Relations Officer, Force Headquarters, Abuja, on Tuesday narrated that Wadume was re-arrested in the late hours of Monday in his hideout at Layin Mai Allo Hotoro area of Kano State.
It was recalled that the Police had been on massive manhunt for the suspect, Alhaji Hamisu Bala Wadume, since 6th August, 2019 following the unfortunate incident in Ibi, Taraba State, which resulted in the brutal murder of three (3) Police Officers and two (2) civilians, and injury to five (5) others.