The British public has voted to leave the European Union and everything feels more than a little uncertain as at the moment. The questions on the lips of everyone are, “how will it impact our lives and the lives of our children?”, “Will it pan out good or bad to the sectors?”Sports analysts and experts are also doing some ponderings as well. Nobody is really sure, but Arsene Wenger thinks he knows how it might impact football. The Arsenal boss, speaking to foreign press prior to Thursday’s vote, spoke of the importance of Britain voting to remain as part of the EU, claiming the world will only survive if people work together.However, that warning has gone unheeded. Britain has voted to exit the EU with 51.9 per cent backing the Leave campaign. Ediale Kingsley pieces together the reactions and effects of the move to the game. How it’s going to affect transfer and signings.

Wenger on the potential impact of Brexit
“The modern world can create fear but maybe we have to think as well about potential,” Wenger was quoted as saying by Goal. “I can understand that people are scared to lose their culture, but the world will only survive if we work all together. That’s what I believe.”

“To ignore the quality and say let’s remain amongst them ourselves doesn’t work, because now they are controlling with the best players in the world.”

Paul Pogba will cost Premier League clubs additional £30m due to Brexit
The vote will also have a big impact on the Premier League. Chief executive Richard Scudamore revealed his concerns that a Brexit vote will hurt the league’s ability to protect intellectual property rights, while a weak sterling will increase the prices of overseas players.

Goal conducted an investigation into the effects of a Brexit vote and found that, as an example of how the European football landscape will look when the process of Britain’s exit is finalized, English sides will now have to pay £30 million more to sign Paul Pogba.
Juventus are reportedly demanding £113.4m for the Frenchman. If the euro to pound exchange rate moves from 0.709 (it’s rate at the end of June 2015) to 0.900 as a result of the Brexit, which it easily could, then Pogba’s value to Premier League sides will increase to £144m.

It will take years for the process of leaving the EU to be finalized, so Manchester United, who are linked with the 22-year-old, won’t be required to pay a higher fee just yet.
But it’s an example of just how the Brexit vote is changing the football landscape across Europe.

Brexit could cause Real Madrid a problem with Gareth Bale
Real Madrid may have a problem on their hands following the United Kingdom’s decision to leave the European Union.

The European champions have already filled their non-EU quota of players, per Spanish newspaper AS, meaning that one of their current first-team players may need to leave the Bernabeu in order to free up space for Bale.

Bale expected to sign new long-term deal
Despite Britain’s decision to leave the EU, Real Madrid still intend to offer Bale a new contract once he returns from international duty at Euro 2016. The Welshman, who currently sits alongside Alvaro Morata as the tournament’s top scorer, is expected to sign a new seven-year contract with the European giants – keeping him tied to the Bernabeu until 2023. 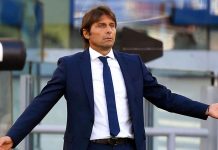 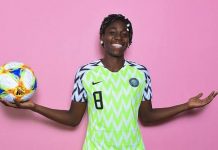