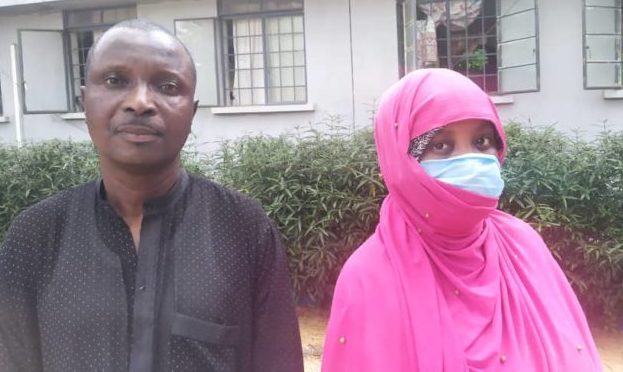 A married couple has been arrested by the police in Kano state for allegedly stealing a day-old baby at a hospital in the state.

Spokesman of the state police command, Abdullahi Haruna-Kiyawa, disclosed who disclosed this in a statement at the weekend, said one Rabiu Muhammad reported to the police that one of the twins his wife delivered at Muhammad Abdullahi Wase Teaching Hospital, Kano, on September 7 was missing.

He said: “The man told the police that on September 8 at about 0130hrs, one of his newly-born male twins was missing when his sister-in-law, who was looking after the babies at the corridor of the hospital’s maternity ward, slept off.

“She woke up and couldn’t see one of the babies.

“After receiving the report, the Commissioner of Police, Sama’ila Shu’aibu-Dikko, instructed a team of detectives led by SP Daniel Amah to rescue the baby and arrest the culprits.

“The team immediately stormed the facility and launched a search operation.

“The hospital was sealed and thoroughly combed, but the baby could not be found.”

The spokesman revealed that the suspects were arrested following an intelligence report on the matter.

Haruna-Kiwaya added: “Intelligence report led to the arrest of one Maryam Sadiq (22) and her husband, one Abubakar Sadiq (50) all of Rijiyar Zaki quarters, Kano.

“The baby was recovered from their home.

“During preliminary investigations, Maryam confessed that she took the baby from the hospital.

“She said her husband influenced her into committing the crime as he has been craving for a male child.

“The suspects organised a party to celebrate the arrival of a male child in their family. That triggered doubts and suspicion since their neighbours knew that Maryam was not pregnant.

The baby had already been reunited with his parents.