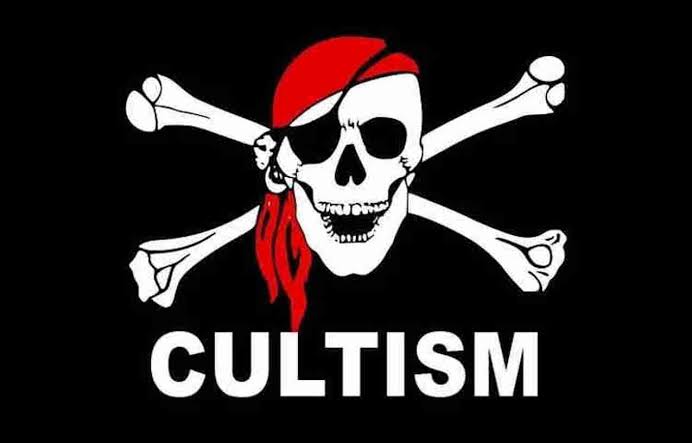 The illegal activities of cultists in public institutions in Nigeria have continued to generate unnecessary trepidation and uneasiness in the life of most public officers who do not subscribe to the practice. Most disturbing is that cultism which some persons trace the origin in Nigerian universities to the student days of Professor Wole Soyinka, is feared to permeated institutions outside the university system, including security agencies, agencies and departments of governments, as well as other higher and secondary schools. This phenomenon made its containment difficult for the government to handle as the illicit practice continues to spread.

Some public officers have at different times family fallen victims of cultists who threaten their lives while the unlucky ones were unable to escape being killed.

The lecturer, Stephen Adebesin, after numerous threats and actual attempts to murder him, abandoned his job and flee to unknown destination for his safety.

The lecturer had insisted that the cult members did not attend lectures up to the required period stipulated by the school management, did not participate in class works, tests and assignments, before the semester examination.

Sources disclosed that the cultists in desperation to kill the lecturer, Stephen Adebesin, once trailed him from Lagos to Abuja where they killed his brother in a mistaken target for the fleeing teacher.

The cultists had delegated four of their members on that assignment, who between the 10.25 and 10.40 am. on February 2, 2018, invaded the lecturer’s office at tertiary College in Lagos. They attempted to force the lecturer to  pass those students who, they said, are members of their cult, the Eye confraternity, that failed his course – Introduction to Business Statistics 2 (BAM 112) – which was taken by over 250 students in second semester of 2016/17 of the National Diploma 2 (200 level) students of School of Management, Department of Business Studies. The emissaries of the cult gang allegedly threatened the lecturer:  “we are going to destroy, humiliate, vandalize and eliminate anything concerning you and your family, even anybody close to you, if you don’t yield to our request.” They insisted the lecturer must review the result to make sure the students pass the course. The sudden entrance into the lecturer’s office by a colleague was what saved the Stephen from death at that moment, an eyewitness said. His presence made the cultist flee.

The victim, Stephen, had explained that the rules of the College of Management for students to pass a course in a semester were that the student must attend 75% lectures, do assignment, pass quiz/test and examination; adding that the students in question did not comply with the regulations of the school – did not attend lectures, did not participate in class works, didn’t do assignments, no quiz/test, yet, failed the examination, and violently resisting  carry over of the course.

The lecturer reported the incident to the Head of Department (HOD) who conducted immediate investigation to ascertain the profile of the students who were discovered to be members of the Eiye fraternity, a cult group, tormenting schools within Yaba area in Lagos State, and other tertiary institutions across Nigeria.

The HOD reported the matter to the school management, which summoned the boys to caution them with threats of expulsion.

The caution and threats from the school authorities increased the anger of the cult boys who then vowed to kill Stephen.

At a car park in front of his office, Stephen was about going home after the close of  work at about 6.30pm on  July 30, 2018, two students walked up to him, warning him to put his stubbornness to an end and do what he was told about the result of their members on his course. Thereafter, Stephen was receiving threat letters delivered in his office, home and car. His car was even vandalized.

The cultists struck on October19, 2018, at 4.10 pm when Stephen was on his way home in his colleague’s car, Abisoye Segun, a lecturer in physical science department. At Fadeyi,  Ikorodu Road, Lagos, Stephen alighting to take a cab home, was accosted by six boys armed with dangerous weapons, driving in a minibus, who suddenly blocked the colleague’s car,  attacked them, attempted kill occupants of the car but for the urgent intervention of standby passengers and touts at the bus stop.

Stephen had reported the attack to a police station in the vicinity on October 25, 2018; he was assured of investigations and arrest of the suspects.

All the interventions from the school or the assurance from the police could not guarantee the life of Stephen. His woes were compounded when he was advised to be careful that membership of the cult spreads into the school and security operatives.

Stephen sold his car, used the money to temporally relocate his family to his in-law’s residence at Thomas Street, Ebute-Meta (West), Lagos, while he absconded, hiding from his assailants.

The lecturer later relocated his family to a new apartment at Accord Haven Estate, Magboro, Ogun State, on May11, 2019 in search of safety.

Stephen, therefore, was making frequent travels, attending in seminars, workshops, conferences, to have official reasons to be away from the school for safety.

A source disclosed that when tracking Stephen Adebesin became difficult for the cultists, the gang deployed its network across the country to declare war on his family.

The lecturer’s elder brother, Samuel Olukunle Adebesin, was killed in Abuja by some boys suspected to be cultists on December 31, 2018. The lecturer was spending the Christmas holidays in Abuja, trying to use their residence as a hideout but the cultists trailed him from Lagos.

Subsequently, the younger brother, James Olusegun Adebesin, was kidnapped in Abuja on March 14, 2019, and tortured in Abuja by the same suspects on his way home after work.

The attackers were discovered to have trialed Stephen from Lagos to Abuja; they went after the brothers when they can’t get him.

Stephen Adebesin was involved in campaign to end cultism in the College and the society.

The situation becoming unbearable, Stephen abandoned his job and absconded to unknown destination.

It had been identified that the disturbing cult fraternities in Nigeria include the Aiye, Eiye, Black Axe, Buccaneers, Wawa, etc.

The Police command had revealed that the suspects numbering 120 were arrested at Ikorodu where they were observing 7 – 7, undergoing initiation in preparation to unleash mayhem on the larger society.

The police said: “The exhibits that were recovered from the suspects are one big banner 07 with Black Axe logo, a yellow keg containing three litres of liquid substance suspected to be ‘skoochies,’ six small kegs containing ‘skoochies,’ one big clay pot, two small calabashes, and one locally made cut-to-size pistol.”

The Head of the Operation had identified that the suspects are members of the Aiye confraternity in Bariga, Lagos State.

Members of the Aiye Confraternity were identified to have allegiance to their leader, one Mohammed, alias Obama, in Bariga. The gang was linked violent attacks, armed robberies, and murders in Bariga and its environs, the Police had narrated.