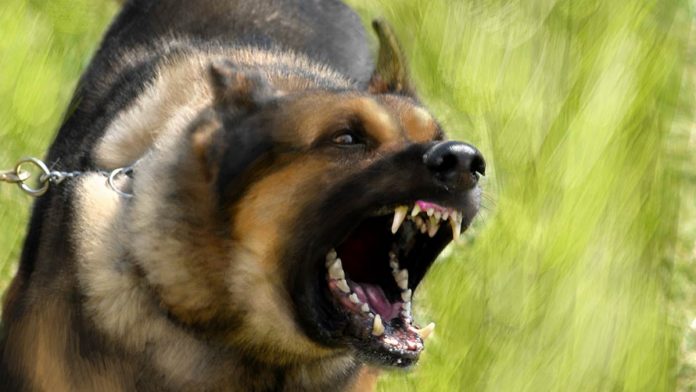 Tension has continued to mount in Nteje in Oyi Local Government Area of Anambra state following the killing and eating of a two-year old boy by ten dogs belonging to a private school in the community.

The child was said to have been taken to the school for enrolment by his parents when the incident happened.

The school owner, Chinedu Oka, a UK returnee, reportedly reared dogs in the school premises despite the community’s warning against it.

A resident, who preferred anonymity, said that the child’s parent was perfecting the documentation and registration of the child when he strayed away to where the dogs pounced on him.

He said: “The parent was busy with the child’s registration when he wandered off where the dogs, ten in number, rushed at him, dragged him into their pen and devoured him with nobody on sight to rescue him.

“It’s a taboo to rear dogs here and the owner was warned, but he didn’t heed to the community’s instructions.”

It was further learnt the youths in the community quickly invaded the school compound and shot the entire dogs dead while parents hurriedly withdrew their wards on hearing about the tragic incident.

Confirming the incident, traditional ruler of Nteje, Igwe Rowland Odegbo, described the act as an abomination in the community, assuring that justice would be served appropriately.

He said: “The man knew that dogs were prohibited and accommodated in Nteje but still went ahead and surrounded himself with dogs despite warning from the community.

“To us, the young man committed murder and we have handed him over to the appropriate authorities and we will make sure that justice is served because we don’t condone evil.

“The youths have killed and burnt the dogs and we are in support of their action.”

When contacted, Police spokesperson, Ikenga Tochukwu, confirmed the incident, saying the situation was under control.