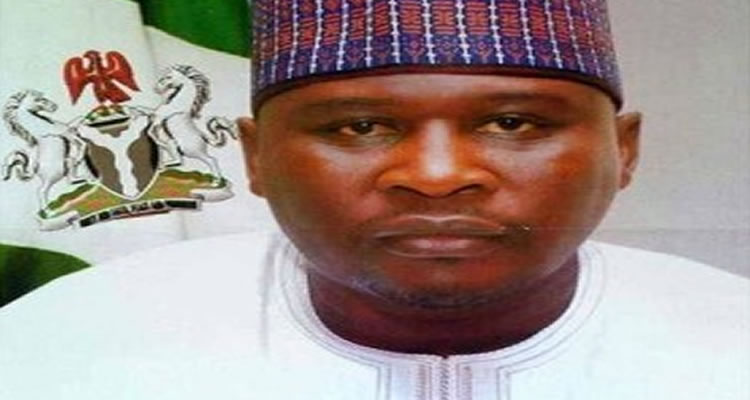 A former acting governor of Adamawa State, Umaru Fintiri has been accused of stealing a whopping N1.9 billion within three months when he acted as governor of the state from July 15, 2014 to October 8, 2014.

Fintiri, who was arrested by the Economic and Financial Crimes Commission earlier this month following a petition by former members of his cabinet was the Speaker of the Adamawa State House of Assembly, became acting governor after the impeachment of the substantive governor, Murtala Nyako, and his deputy, Bala Ngilari, in 2014.

National Daily gathered that before his impeachment, Nyako left a balance of N1,957,045,82 in the state government’s project account with the Yola branch of Zenith Bank, with account number 1011325467. Out of the money, N497m was meant for the construction of a law faculty at the university, which was to be sited at the former Teachers’ College, Yola.

However, when Fintiri took over as acting governor, he transferred the proposed faculty from Yola to the Mubi campus of the ADSU and later laid the foundation; but after that, the project never took off.

Investigations revealed that on Fintiri’s orders, part of the N1.9bn was released to the Ministry of Works and a contract was awarded to his construction company, Mayim Construction Limited, for the construction of roads in Mararaba Garta and Kamale in the Michika Local Government Area of the state.

According to investigation, Fintiri also purchased Highland Tea, a tea manufacturing company located on the Mambilla Plateau and jointly owned by Adamawa and Taraba states. The tea company owed N600m to the Bank of Agriculture, which Fintiri paid promptly and became its sole owner.

He was also said to have bought the assets of a tea plantation and processing plant located in Taraba State, SM Nguroje Nigeria Limited through the Bank of Industry for N650 million.

The EFCC is also investigating a loan of N5bn taken by Fintiri as acting governor. It was alleged that the suspect took the loan without following due process.

However, a spokesman for Fintiri, who did not want his name in print, said the allegations were baseless, adding that all the contracts were awarded in accordance with the laws of the state. “The bids for the contracts were transparent and the ministries concerned duly advertised the projects for pre-qualification tender, which was not opened before Fintiri’s tenure ended.”

Share this on WhatsApp
Related Topics:Adamawa State Govt.Economic and Financial Crimes Commission (EFCC)Umaru Fintiri
Up Next

The reason your flesh-grabbing reps fell for white whores