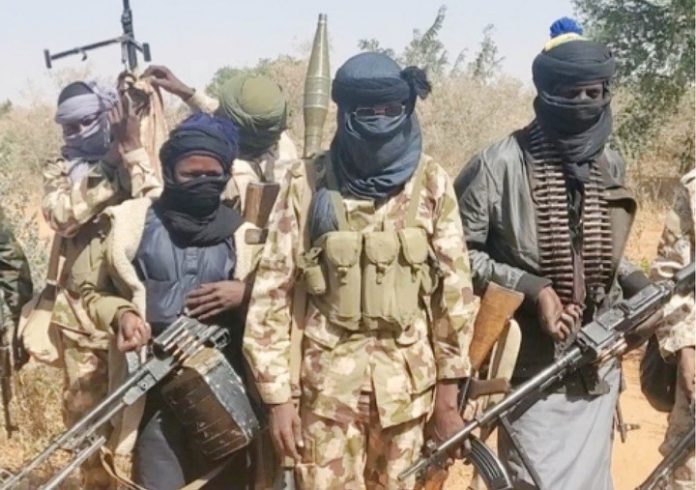 Terrorists, often referred to as bandits, have appointed their members to head some villages in the Sabon Birni local government area in Sokoto state.

According to report, the terrorist village leaders acted on the orders of one of the most notorious bandits, Turji.

The bandits first summoned the villagers of Gangara to a crucial meeting Thursday in the village of Saturu to announce the deposition of the existing village chiefs and the assignment of some of their members as new neighborhood chiefs. .

The new strongmen then asked the villagers of Gangara to choose one of the five bandit commanders to serve as their village chief.

The villagers selected Ɗan Baƙƙwalo, after which their new ruler gave them certain conditions.

Reading the riot act to the villagers, Mr. Ɗan Baƙƙwalo said that no police, military or members of a vigilante group would now be allowed in the village.

He implored his subjects that all disputes should come to him for decision.

The new ruler also ordered the villagers to contribute and pay him the sum of 1.5 million naira.

Mr. Ɗan Baƙƙwalo ordered the immediate reopening of three Juma’at mosques and the resumption of activities of the weekly market (Tuesday) in the village of Gangara, against the order of the Sokoto state government to close all weekly markets .

In the village of Maƙwaruwa, the bandit commander Boka Tamisƙe declared himself the new district chief and called a meeting where he asked the “ousted” district chief, a certain Ɗan Sani, to tell the villagers, through him- same, who was now in charge.

“The villagers had no choice but to obey these bandits,” one of the villagers told the newspaper.

“They are now responsible and every case or dispute should be brought to their attention. “

Meanwhile, 85 villages in Burƙusuma, in the Gatawa neighborhood, were charged 300,000 naira each for not growing enough food for the bandits to use.

The villagers were given an ultimatum to contribute the money or deal with the wrath of the gunmen.