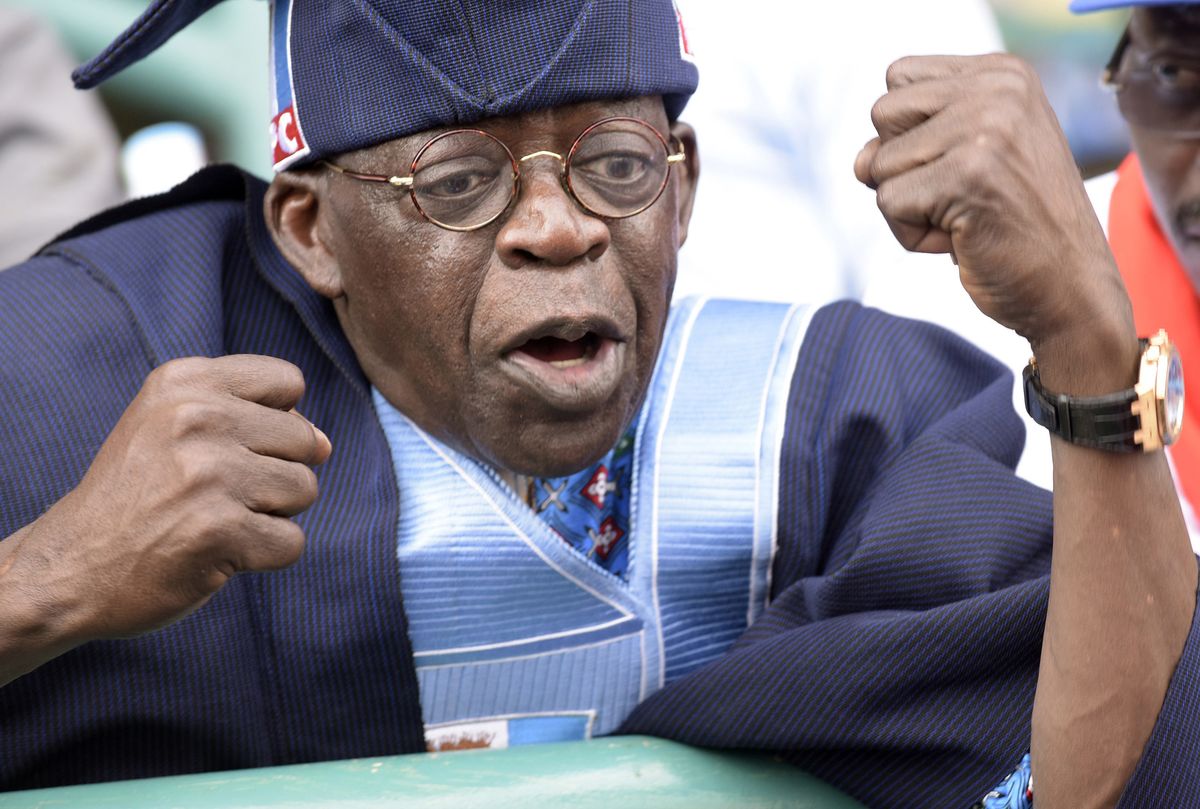 The presidential candidate of the All Progressives Congress (APC) in the 2023 elections, Asiwaju Bola Tinubu, may have struck an out-of-court settlement deal with a former Managing Director of Alpha Beta, Oladapo Apara, over N18 billion benefit dispute, including allegation of N20 billion in order to stop his investigation by the Economic and Financial Crimes Commission (EFCC).

Apara had commenced a legal process protesting that while he was Managing Director of Alpha Beta Consulting, Tinubu was directing the affairs of the firm, and instigated the termination of his appointment from the firm, alleging that the management declined to pay him his share profit for the period of service amounting to N18 billion.

Apara had petitioned the EFCC in 2018, alleging that Tinubu owns Alpha Beta Consulting claiming by proxy. Alpha Beta has been the sole  tax administrator for the Lagos State government for many years, with the mandate to track, compute and reconcile internally generated revenue in Lagos State, earning a commission for the service.

Apara had in the legal process, alleged that Alpha Beta evaded tax to the sum of N100 billion.

The management of Alpha Beta Consulting, however, refuted the allegations, making a counter allegation that the firm disengaged Apara because of fraud. The management said that Apara used his position to divert large amount of money from the company, alleging that he converted $5 million meant to pay for cloud-based services that were eventually discovered to worth less than $300,000.

The former MD of Alpha Beta Consulting, Apara, had also exposed that the firm generated over N1.5 trillion in 16 years – 2002 to 2018 – for the Lagos State government, received about 10% commission on the average.

Apara had sued Tinubu, Alpha Beta and Akin Doherty in 2020 at a Lagos State High Court.
The former MD, had in the writ of summons, attested that while he was head of the firm, he audited the finances, and made several discoveries of impropriety, which he said include alleged “transfer of over N20 billion to many companies, including payment of N1 billion to Vintage Press, publishers of The Nation newspaper, a media company owned by Tinubu.
Apara had revealed he found  that all the payments were approved by the partners who he identified as proxies of Tinubu, saying the financial transactions were done without his knowledge.
The former MD had allegedly highlighted the following financial deals: “N550 million  payment to Ocean Trust Ltd vide payment instruction dated the 15/5/18 (h), N850 million payment to Ocean Trust Ltd vide payment instruction dated the 14/3/15; (i) N1 billion in Afkar printing Press together with Vintage Press Limited and Lagoon Press Limited in October 2017.”
Apara said that Tinubu was angry over his probe of the finances of the firm, therefore, directed that he should be demoted to deputy managing partner. The former MD had said that he declined to comply with the directive, which cause the impasse between him and Tinubu. According to Apara, subsequently, he was compelled to quit the firm and a former Commissioner for Finance in the Tinubu administration when he was governor, Doherty, was appointed the new managing director of the firm.

Apara protested that his dividends as a founding partner of the firm were not paid after he was removed from office; he, therefore, sought the order of the court for full payment of his entitlements of about N18 billion.

Certain documents indicated that Apara withdrew the suit, following personal out-of-court settlement with Tinubu, and Alpha Beta after two years of legal battle.
The former MD, thereafter, told Justice O.F Aigbokhaevbo of the state High Court that they have resolved to settle the case out of court. The judge approved the request for out of court settlement.

Apara had said that they had settled the matter amicably, disclosing his relinquishing of the six million shares he held in the firm, assuring that he would abide by the terms of the agreement, but on condition that Tinubu also keeps to the terms of agreement.

The terms of agreement signed by the parties were revealed to outline that, “The 1st defendant [Alpha Beta] shall indemnify the claimant [Apara] against loss, liabilities or damages that the claimant may suffer by reason of the 2nd defendant [Tinubu] not executing, observing or performing the provisions of these terms of settlement.”

The agreement also outline that Alpha Beta withdrew allegations of fraud the management raised against Apara, insisting that the allegations will no longer be raised except there is a
future discovery by an external auditor.
The document further showed that all parties agreed that the execution and performance of the terms will not be presented or construed as any admission of any liability on the part of any of the parties except in respect of the performance of the terms and any obligation that arises.
The judge granting the request of Apara to withdraw the suit in court, declared: “application to withdraw this suit is allowed as prayed. This suit is hereby struck out.”
subsequently, the EFCC stopped the investigation of Tinubu, explaining that the commission commenced investigation of Tinubu relying on the petition by Apara, which the commission had noted no longer holds. The EFCC was said to have emphasized that the commission could no longer proceed with the investigation of Tinubu since the petitioner, Apara, was no longer coming to the commission for further actions.