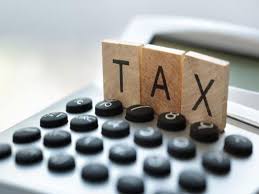 Western Metal Products Company (WEMPCO) may soon shut operations, as restriction has been placed on its account over non-payment of N200 million tax by the Federal Inland Revenue Service (FIRS) placed a lieu on the company’s account.

National Daily gathered that the Chinese company failed to remit Companies Income Tax, Value Added Tax and Withholding Tax to the government. The restriction was placed on the company’s account after it defaulted on tax payment for more than six years.

The restriction has affected the operation of WEMPCO Steel Mill Limited, limiting its production capacity. Limited access to its account has resulted in low-key activities at the premises.

An official of the company, who spoke under anonymity, said, “It is true we have slowed down on production. Again, the tax people were here. “But now we have started producing. By next month, the company would have become fully operational. We sell nails, and tiles among other things. You can book your orders now.”

There have been claims that the company plans to exit Nigeria by ending its metal products business in the country. It was also reported that the sale of the Lagos Oriental Hotel (one of the businesses of the group) was proposed but the company denied all the claim, stating it had a long-term plan for the Nigerian market.

According to the Head of Communications and Servicom Department of the Federal Inland Revenue Service (FIRS), Wahab Gbadamosi, WEMPCO Steel Mill Limited failed to remit taxes for a seven-year period, covering 2011 to 2017.

He said the tax administrator only placed a lieu on WEMPCO Steel Mill Limited but didn’t shut its operation. “We only placed a notice of that on their office. We did not lock their office. They owe over N200m in tax VAT, Companies Income Tax and Withholding Tax from 2011 to 2017,” he added.