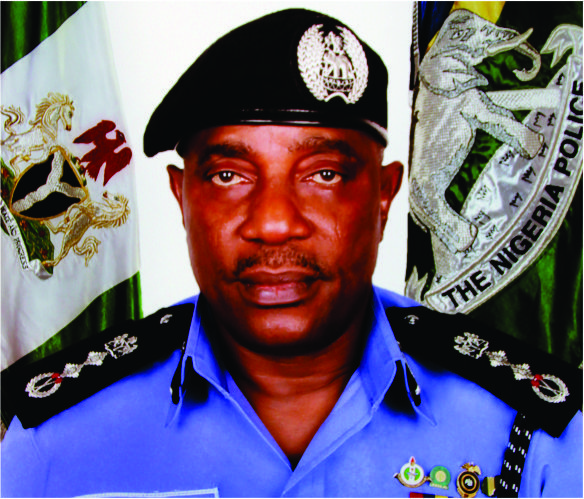 WONDERS shall never cease! If Mrs Pamela Chukwu-Nnamani has the opportunity to choose a husband again, she would probably not settle for Mr Samson Chukwu Nnamani, the estranged husband and father of her four children.

Due to some irreconcilable differences, the couple separated after been married for about 10 years and she has since been in custody of the children whose age ranges between seven and 12 years old living in Lagos with them.

However, on the 5th January, 2016, the unexpected happened as the husband, Samson Chukwu Nnamani was said to have armed himself with a pistol in company of five mobile policemen; four notorious heavily armed thugs and two other policemen identified as Inspectors Chijioke and police detective Obi from the Enugu state Anti-kidnapping squad, stormed Lagos and brutalised her including the victim’s mother and the children.

In a petition to the Inspector General of Police, Solomon Arase by the victim’s lawyer, Barrister Gabriel Giwa Amu of Chacole & Darda Chambers accused the police of colluding with his client’s estranged husband to raid her house in Lagos, arrested and forcefully took her to the Anti-Kidnapping Squad office in Enugu where she was shown a petition written by the husband “alleging that she had kidnapped her own children and sold them for ritual purposes,” thereby detaining her for one week. Explaining to our reporter in his office,

Giwa Amu said surprisingly, when the policemen from Enugu came to her house, they met the client’s children at home who the husband had alleged were murdered by ritualists. He added that after the policemen had conversations with the children, they still detained the woman for one week claiming “it was inhuman treatment against her victim.”

It was further learnt that Mr Samuel Nnamani also on the 6th June, 2014 petitioned Mrs Rachael Chukwueze, the victim’s mother on phantom allegation of armed robbery and other related offences. She was said to have been arrested by some policemen from the Ajiwe/Ajah Police station in conjunction with some policemen from the Enugu Police Command led by Inspectors Chijioke and Obi after scaling the fence to gain access into the compound.

In a sworn to affidavit in support to petition to the Nigeria police dated 12 January, 2016 and made available to National Daily, Mrs Pamela Nnamani said, “Inspector Chiojioke and Obi and armed thugs brutalised me, my mother and my children in the presence of my estranged husband, Nnamani.

“My husband instructed his thugs to rape me in the presence of the policemen. They tore my pants and proceeded to insert their fingers into my virgina, which prompted my mother to shout for help and escape with my children.

“As a result, my husband pursued my mother holding a pistol. When he could not catch her, he came back with the policemen and thugs and bundled me into a car to a space of land between the Nigerian Law School where they brought me out, pinned me to the ground and threatened to shoot me if I did not produce the children.

“The policemen brutalised me while my husband kept on shouting “I have paid your officer-in-charge, Mr Akinlolu Alex for this job. I promised him more money. You people should do the job. I paid your policemen money; rape her, all I want are my children.”

She further narrated that having been sufficiently tortured and inflicted with unimaginable injuries by the policemen with horse whip and the butt of the gun, she was moved to the Anti-kidnaping Squad of the Enugu Command where she met the O/C, Anti-Kidnapping Squad, Mr Akinlolu Alex on the 7th January, 2016.

Claiming that as the time she met the officer, she was bleeding profusely, the dishonest Akinlolu ordered her detained in the male cell (against the norm) where the men manhandled and harassed her in the cell. Not done, Inspector Obi was said to have come into the cell and repeatedly used the teaser on her and she fainted several times.

Pamela added that on the 8th January, 2016, Akinlolu requested her to be brought to his office where she met him and her estranged husband engaged in an altercation claiming that he has paid them to “do away” with me adding that if they refused to murder me in the police custody that day, they should refund his money. After a while, she was said to be brought out of the cell on the order of Deputy Commissioner of Police Oyekunle who ordered my release after hearing my story.

Responding to National Daily enquires, Giwa Amu pray the IGP Arase to immediately transfer all matters relating to or connected with the case to an independent police unit outside Enugu Police Command for detailed and impartial investigation in order for justice to be served.

Describing Mr Nnamani’s allegation as “frivolous, vexatious, baseless complaint” against his client, Amu added that it was difficult to believe that a woman will kidnap her biological children as alleged by Mr Nnamani.

Admin -
Members of the Roman Catholic Church expressed displeasure over the statement made by the Plateau State governor, Simon Lalong concerning the Pope of the...