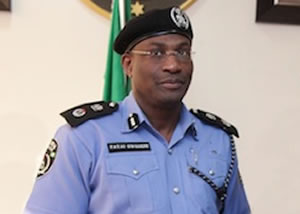 FOR residents of Alabeko estate in Ajah, 2016 has not been too cheery as armed robbers have almost blighted the joy and smiles associated with a New Year.

National Daily reliably gathered that since the beginning of the year, the community have recorded no fewer than four robbery incident with one of the criminals arrested by the residents.

A check revealed that almost all the robbery incidences that took place were between 2–3am in the night. The first incident, it was learnt, was a burglary case and was carried out in the house owed by a surveyor. The criminals gained entrance into the house through one of the windows and went away with a flat screen Television, laptops, wristwatches and other valuables in the living room. By the time the man woke up by 3am after the crossover service, the house has been ransacked.

Adekunle told our reporter that he has been living in his house for the past 12 years and has never had any incident of thief but thank God that his family members were not hunt.

Five days later, precisely on the 5th January, 2016, another resident, a lawyer by profession was attacked by robbers wielding gun, cutlasses and other offensive weapons. When our reporter visited the scene, it was learnt that the criminals scaled the fence after they had cleverly cut the barbed wire on the fence.

Narrating how it happened to our reporter, the victim who preferred not to be named said “Immediately I heard a loud bang on the window from the guest room, I dashed out of my room to find out the cause of the noise only for them to point a gun at me from the window as they had already cut the burglary proof. I was tied with rope and had my tooth blown off. They held my wife too and attempted to tie her but later had a change of mind.

They demanded for the original of my blue coloured Nissan Jeep Pathfinder with registration number: LSD 579 CG.

“They carried my flat screen television, three laptops, I-pad, telephone handsets, shoes, clothes and some cash. They parked it into the jeep, collected the original papers and compelled my wife to open the gate and zoomed. Even though I reported the incident to the Special Anti-Robbery Squad, there is no trace of the car till now.”

A visibly angry resident who called the Rapid Response Squad (RRS) on their emergency line 112 about 3am informed them about the robbery but promised to respond swiftly. Despite their promises that they were coming and even gone to the extent of asking for description and the nearest bus stop, they didn’t nor respond. “I called them back about 4: 09am, a lady answered and asked the same questions but never came.

“Annoyingly, three days after the incident was reported, an unknown lady from RRS Consult called to ask if the car was recovered or if the matter was reported to any police station. I was so angry that I told her how could it have been found when they refused to respond to distress call.”

Six days after, they went into another compound and attempted to steal another car but the landlord noticed some strange movement and kept a vigil. When he sighted them through the window, he raised alarm and they took to their heels.

However, on the 14th January, luck ran out of one of the criminals as he was arrested by some residents as he attempted to sneak into a house about 3am not knowing that the landlord was seating in front of the house. He raised alarm that led to his arrest and handed him over to the Nigerian Police Division at Ogombo police station.

Speaking with the suspect identified as Clinton Otobo, from Delta state, said he was not a criminal but had earlier that night escaped police arrest where he was watching film at a viewing centre. Bleeding profusely from a deep cut he had on his fore head from the butt of the police rifle maintained that he was not a thief but at General Paint close to Abraham Adesanya estate along Ajah-Epe expressway about 2am when men of the anti-robbery squad raided the area. “I am not a thief but a bricklayer at Lekki Garden estate,” he said.

When asked to name the Site Engineer he was working with directly, he couldn’t name anyone, rather, he mentioned the younger brother of the Chairman of the estate, who, incidentally is not an Engineer.

Some of the residents that spoke to our reporter solicit for police protection especially in the area of carrying out routine patrol in the community.

When contacted, the Lagos State Police spokesperson, Superintendent Dolapo Badmos said, “They will look into the circumstances why the RRS didn’t respond saying the police have the wherewithal to respond to the least distress call. It was not good enough but we shall investigate and inform the Commissioner of Police about it and he would not take it lightly,” she added