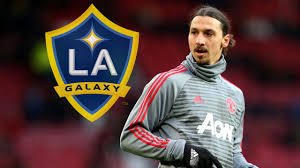 Zlatan Ibrahimovic is “ready to go” after confirming his decision to join Los Angeles Galaxy.

Ibrahimovic’s contract was terminated by Manchester United on Thursday and his departure almost certainly brings to a close one of the most decorated European club careers of all time.

The former Sweden international has suffered with knee ligament problems since 2017 and has seen his opportunities at Old Trafford dry up following the arrival of Romelu Lukaku.

A move to the United States appeared close when United agreed to release Ibrahimovic and he revealed LA as his next stop on Friday.

“I am ready to go now,” Ibrahimovic told the LA Times . “First of all, I’m there to play football. I’m not there for something else. My first objective is to play football and do what I’m good at.

“I’m excited to come over and to get the experience with the Galaxy and to explore how the football is there.”