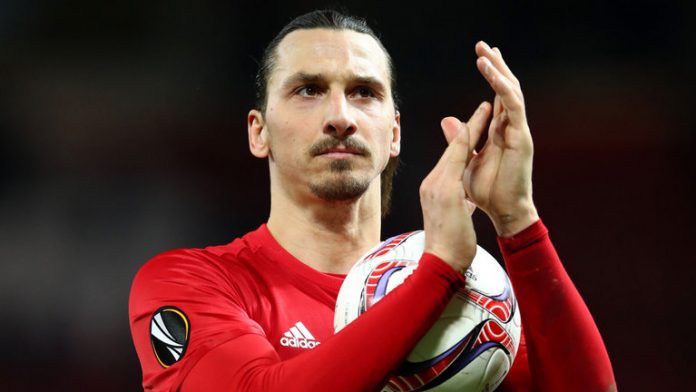 Zlatan Ibrahimovic has come out fighting in support of former Manchester United team-mate Paul Pogba, in an exclusive interview with FourFourTwo.
The pair spent the 2016/17 season together following the Frenchman’s £89 million return to Old Trafford from Juventus, during which they won the League Cup and Europa League.
Pogba also added the World Cup to his decorated CV in the summer, scoring in the final as France won the trophy for a second time, 20 years after the first on home soil.
However, the midfielder continues to face criticism from pundits over a perceived lack of discipline and leadership skills, coupled with his prominence on social media.
He can at least count on the backing of Zlatan, though, who has told FFT that Pogba has become a scapegoat for everyone’s problems, and that he feels some former players’ gripes about the 25-year-old have become personal.
Speaking exclusively in the December 2018 issue, in shops and on iPad from Wednesday, the cover star says: “I think the thing with Pogba has become an issue that’s a little bit ridiculous.

“Everybody hangs up on Pogba. Somebody goes through a red light – it’s Pogba’s fault. You get a puncture on a tyre – it’s Pogba’s fault. Something goes wrong – it’s Pogba’s fault. All these people talk: I think they just want attention, so they talk. They expect miracles every second.
“They have to relax. They have to look at themselves, especially the ex-players, and ask themselves, ‘What did I do when I played?’ Because they were not much better – I played against them. Some were good; some were less good. Excuse my words, but they should all shut up and mind their own business. They get paid to talk, they get paid to get attention, but you have to talk with facts.
“When it comes to Paul, I think it feels personal. They have to be careful, because when it becomes personal, it’s not professional. They’re two different things. When you get paid to do work, you have to be professional, not personal. You leave personal things at home.”