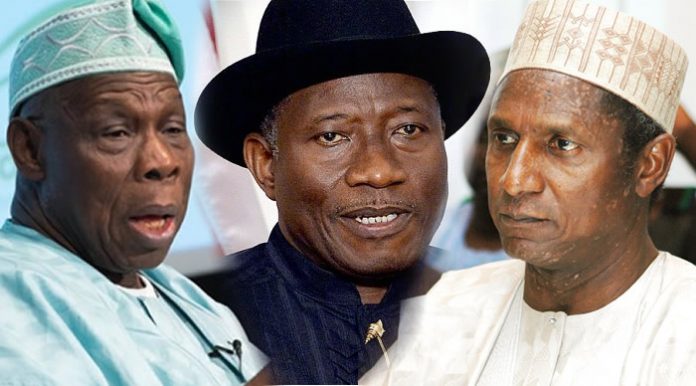 National Daily gathered that SERAP had sent the petition last week to the global adjudication body, alleging the mismanagement of the electricity funds by the former leaders.

SERAP deputy director, Mr. Timothy Adewale, confirmed in a statement issued on Wednesday, that the court has begun looking into the petition.

It said it received a letter from the court, with regards to the petition.

“SERAP can confirm that the ICC is now considering our petition. We have received communication from Mark P. Dillon, head of information and evidence unit of the ICC indicating that the court will give due consideration to our petition,” the statement read.

It quoted the letter as reading in part: “This communication has been duly entered in the communications register of the office. We will give consideration to this communication, as appropriate, in accordance with the provisions of the Rome Statute of the International Criminal Court.

“As soon as a decision is reached, we will inform you, in writing, and provide you with reasons for this decision.”

“We urge the court to pursue this matter to a satisfactory conclusion by taking the case forward as required by the provisions of the Rome Statute, and ensuring a thorough investigation and prosecution of suspected perpetrators of grand corruption in the electricity sector in Nigeria,” he added.

A report by the group had last week had accused the leaders of squandering N11 trillion meant to provide regular electricity supply.

According to the report, “The total estimated financial loss to Nigeria from corruption in the electricity sector starting from the return to democracy in 1999 to date is over Eleven Trillion Naira (N11 Trillion Naira). This represents public funds, private equity and social investment (or divestments) in the power sector.

The 65 pages report presented to the media by Yemi Oke, Ass. Professor, Energy/Electricity Law, Faculty of Law, University of Lagos, discloses that “the country has lost more megawatts in the post-privatisation era due to corruption, impunity, among other social challenges reflected in the report.”

The report accuses Ransom Owan-led board of the Nigerian Electricity Regulatory Commission (NERC) of allegedly “settling officials with millions of Naira as severance packages and for embarrassing them with alleged Three Billion Naira (N3, 000,000,000.00) Fraud.

The report reads: “The Obasanjo’s administration spent $10 billion on NIPP with no results in terms of increase in power generation. $13.278, 937,409.94 was expended on the power sector in eight years while unfunded commitments amounted to $12 billion.”