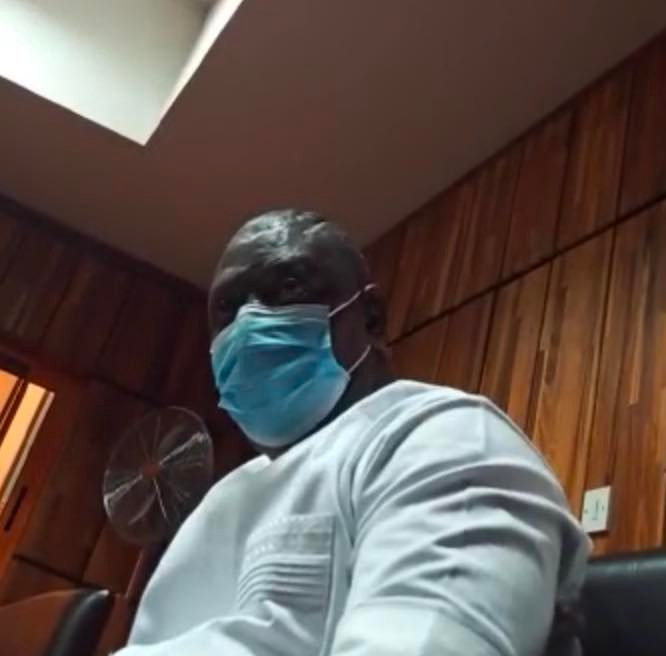 Hon. Danze was arraigned by the Commission before Justice U. P. Kekemeke of the Federal Capital Territory (FCT) High Court 4, sitting in Abuja, on allegations of corruption bordering on abuse of office and gratification.

ICPC had filed a six-count charge before the court in which it accused the council chairman of demanding and receiving N10 million bribe from the director of Remotosh Construction Ltd, Engr. Aremu Omotosho, in exchange for approving payment for the construction of double cell culvert in Paiko-Kore.

The offence, which was allegedly committed in March 2018, when Hon. Danze directed the contractor to transfer the money to his lawyer handling his election tribunal case, violated Sections 8 (1)(a), 10 (a)(i), 18 (b) and 19 of the Corrupt Practices and Other Related Offences Act, 2000 and punishable under relevant Sections of the same Act.

One of the charges reads, “That you, Adamu Mustapha Danze on or about the month of March, 2018 at Abuja, the Federal Capital Territory, while being a public officer as the Executive Chairman of Gwagwalada Area Council received the sum of N10 million from Engineer Aremu Omotosho, the director of Remotosh Construction Limited for approving payment for the construction of double cell culvert at Paiko-Kore awarded to Remotosh Construction Limited by Gwagwalada Area Council, the sum you asked the contractor to transfer to your counsel defending you in the election tribunal and you thereby committed an offence contrary to Section 10 (a)(i) and punishable under Section 10 (a)(ii) of the Corrupt Practices and Other Related Offences Act, 2000.”

Hon. Danze, who had a bench warrant issued on him, pleaded not guilty when the charges were read to him. The warrant was subsequently dismissed by the trial judge after a plea by the defense Counsel, Abdul Mohammed (SAN).

Mohammed tendered an apology to the judge for failing to attend proceedings on two previous dates fixed by the court, as he blamed it on recent kidnapping activities in Gwagwalada area council.

He told the court that the defendant was coordinating rescue operations in the area council following the spate of kidnappings and other criminal activities in recent times. He then moved a motion praying that the accused be admitted to bail at the discretion of the court pending trial.

Counsel to ICPC, Michael Adesola, in his counter argument averred that the accused was very deliberate in his actions of ignoring court sittings as he was duly served of all proceedings since last year, 2020.

Adesola, who also opposed the bail application prayed the court to remand the accused in a correctional facility to prevent him from interfering and intimidating witnesses, some of whom were employees in the area council.

Justice Kekemeke, having listened to both counsel, held that the defendant cannot jump bail based on his current position.

He said, “The defendant who is the current Chairman of Gwagwalada Area Council cannot evade his trial. He has nowhere to hide as I give him the benefit of doubt. The application therefore subsist. Bail is therefore granted to the defendant.”

The court admitted him to bail in the sum of N20 million and a surety in like sum. The surety shall be an owner of a landed property with statutory right of occupancy within the jurisdiction of the court or a Federal Civil Servant in the rank of an Assistant Director and above. The matter was then adjourned to 1st March, 2022 for trial.

Share this on WhatsApp
Related Topics:council chairmanFCTICPCN10 million fraud
Up Next