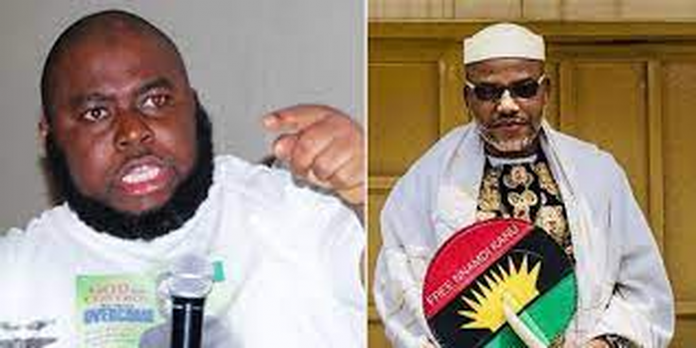 Following the Biafra National League exposition that the Niger Delta people began agitation for the Biafra nation, leader of the Niger Delta Peoples Salvation Force (NDPSF) Asari-Dokubo has stuck in his oar, too, stating the southeast is alien to Biafra.

According to Dokubo, Biafra is an Ijaw name.

While speaking in a television interview in Yenagoa, the ex-militant recalled that an Ijaw man called Frank Opigo gave the name Biafra during the 1967 Eastern Consultative Assembly in Enugu. And it was adopted.

“Ijaws are divided between the Bight of Benin and Bight of Biafra. We are the owners of Biafra. Biafra is an Ijaw name. The territory identified as Ijaw is Biafra with parts of Ibiobio and Oron,” he said.

“Then on the 30th of May, the Republic of Biafra was declared which included the eastern region within our territory. So Biafra has nothing with Igbo.”

But the southeastern Indigenous People of Biafra have their own version of the history which their leader Nnamdi Kanu has been propagating on Radio Biafra operating out of London.

Others like MASSOB’s Ralph Nwazuruike have their version too. Both lay claim to Biafra as original to the Igbo, and in their ambition, they are trying to annex some south-south states like Akwa Ibom, Rivers, and Cross River.

IPOB has even established its security network in many of the south-south states, including Delta, Akwa Ibom, and Rivers.

All these counter-narratives are spilling out as there is acrimony in the leadership of the secessionist movement.

Kanu and Dokubo, who were co-leaders in the Biafra nation agitation,  fell out weeks ago. And the former Niger Delta warlord  threatened to bring down Kanu who was still in London then, declared wanted in Nigeria after jumping bail in 2017.

Days later, Kanu was bundled n to Abuja in handcuffs, and has since been in DSS detention.