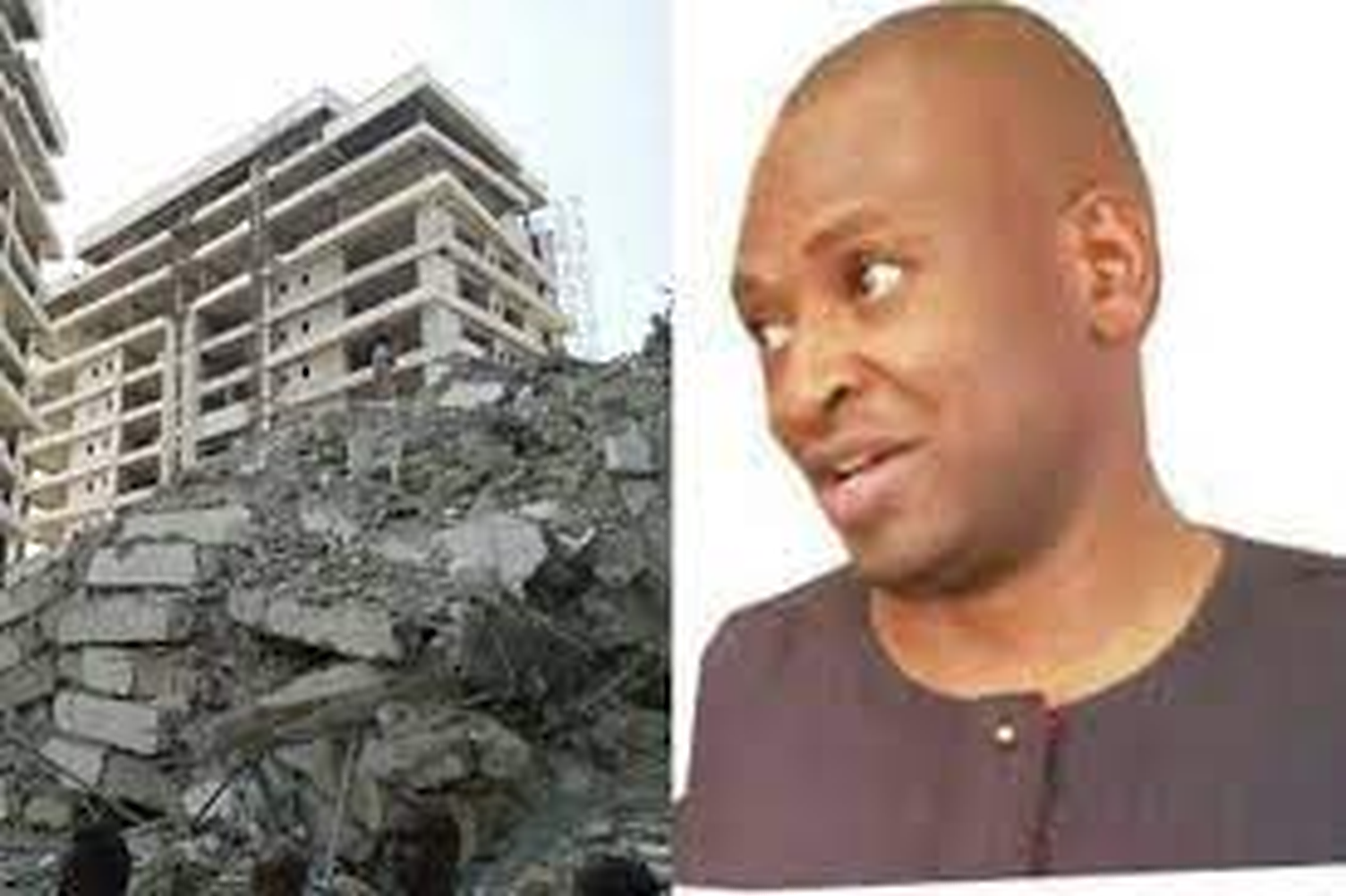 Ikoyi building collapse: Osibona didn’t give our officials access to the site – LASBCA.

According to the News Agency of Nigeria, Mrs Oluseun Randle, an Assistant Director in charge of the Inspectorate of Quality Control of LASBCA, made the revelation on Friday.

She said she was the officer overseeing Eti-Osa, Victoria, Island, Surulere, Yaba, Lagos Mainland and Ikoyi, the area where the collapse the 21-storey building was located.

The witness noted that one of the duties of LABSCA was identification and possible removal of non-conforming structures in Lagos.

She made the revelation while being cross-examined by Mr Ola Adeosun, the counsel to Prowess Engineering Nigeria Ltd., the structural engineering consultant to Osibona who withdrew its services over a dispute on how the project was structurally executed.

The witness said to the best of her knowledge, LASBCA had visited the site of the building collapse to check the level of compliance on three occasions.

“An officer first visited on Feb. 13, 2019, he peered through a small opening in the gate and observed piling equipment.

“He moved closer to observe the piling operation and to gain access to the premises. The security operatives manning the premises did not allow him entry.

“He was only asked to wait outside of the gate for the developer (Osibona). After some minutes, the developer came and the officer told him he wanted to serve a notice.

“He (Osibona) told him that he could not go in and if tried to forcefully gain entry he would tell the security to release dogs.

“The monitoring officer served a Contravention Notice and Stop Work Order dated Feb. 13, 2019 on the structure. The notice and order is to be complied with within 48-hours,” she said.

The witness said the LASBCA officer returned to the site for the second time on Feb. 21, 2019 and pasted and Seal Up Notice on the fence and left.

On the second visit, she said the monitoring officer did not observe any construction work on the site except for the locked gate.

“The approval drawing was for three blocks of 15-floors. With that (the permit) LASBCA had a reprieve over the matter,” she said.

The LASBCA Assistant Director noted that for the rest of 2019, officers of the agency did not observe any construction work at the site except for the locked gate.

She said she did not know if it was possible for an individual to forge a LASBCA approval document. She also could not recall if a developer had ever forged LASBCA documents.

Questioning Randle further, Adeosun said “As at February 2020, two 15-storey structures were already standing on the site before the Covid-19 lockdown.

“The construction of the third building which was the one that collapsed was already at the third floor stage. Would you be surprised?”

Responding, she said “I will be surprised.”

While being cross-examined by Mr Ahmed Gbadamosi, a counsel to the family of Mr Samuel Iwelu, one of the victims of the building collapse, the witness revealed that Osibona was arrested on June 10, 2020.

“He was arrested alongside his wife and staff for contravening certification and planning laws.

“They were arrested by a joint enforcement team of LASCA and LASPPPA. The security men at the gate put up an attitude by resisting the team’s access to the property.

“He was found to be in contravention of the law,” she said.

On his enquiry about events that transpired after Osibona’s arrest, Randle told Gbadamosi to make his enquiry via correspondence to the General Manager of LABSCA.

Gbadamosi noted that in Paragraph 27 of Randle’s Statement on Oath to the Coroner’s Court, she said Osibona had continued construction on the property until it collapsed on Nov. 1, 2021.

“Was this particular developer beyond the control of your agency, why was the developer who was arrested by the taskforce, taken to an unknown location by the police only to go back to continue developing the property? he asked.

Randle responded saying, “No developer is beyond LASBCA. The agency was not aware that he went back to the site.

“It was the report of the collapse of the 21-storey building that gave us an insight on the height and type of the structure at the time of the collapse.”

Responding to questions from Mr Yusuf Lawan, the counsel to the Standards Organisation of Nigeria (SON), Randle said LABSCA was unaware that Osibona had returned to the construction site after his arrest.

“The monitoring officers were not going to the site because of the COVID-19 lockdown, then #EndSARS occured.

“All our monitoring officers fell under the category of those asked to stay at home,” Randle stated.

According to the News Agency of Nigeria, three high-rise buildings (Blocks A, B and C) which were situated on Gerard Road, Ikoyi, Lagos, Block B (21-storeys) collapsed on Nov. 1 killing 46 persons while 15 persons were rescued alive.

One of the deceased was Mr Femi Osibona, the Managing Director of Fourscore Heights Ltd., the contractor to the project.

Share this on WhatsApp
Related Topics:accessIkoyi building collapseLASBCAofficialsOsibonasite
Up Next