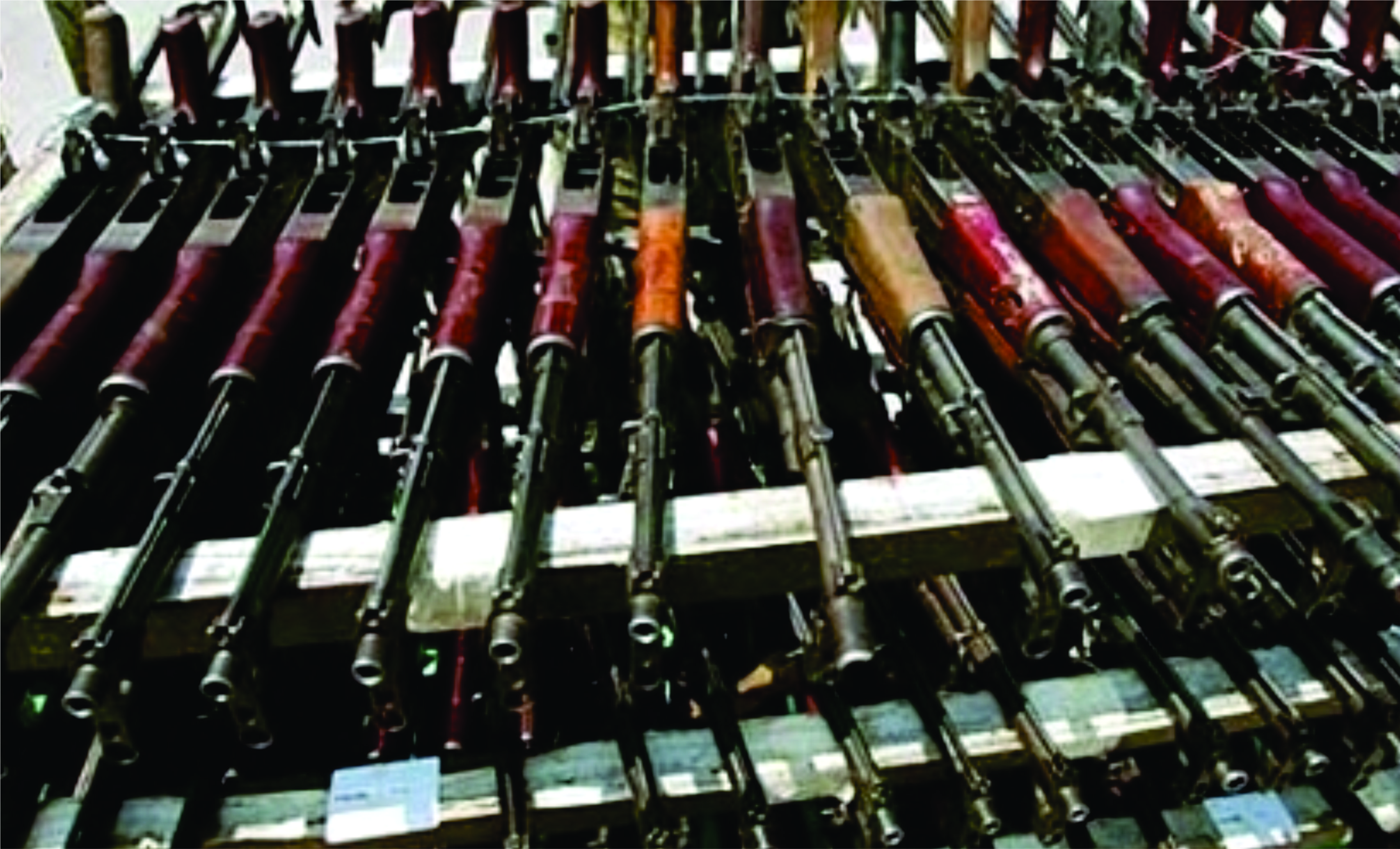 THIS is not the best of time for the Federal Government especially its security agencies as more illegal arms are currently been circulated in various communities across the country:no thanks to militiamen.
Those involved are various militant groups pressing for different demands or fighting against other militant groups.

National Daily gathered that most of the ethnic militias who were outlawed few years ago have started re-grouping and arming themselves to challenge Fulani herdsmen following their nefarious activities and unleashing of terror on various communities in some parts of the country. As a result of maiming, raping women and killing of people at will, they have vowed to deal ruthlessly with them.

Investigation further revealed that communities who were victims of the Fulani herdsmen in the eastern part of the country and riverine areas of Benue and Nasarawa have held various meetings on ways to procure sophisticated guns like AK 47 and other weapons for their own militias to enable them match the firing prowess of the Fulani herdsmen.

Already, some communities have levied each head of family an undisclosed sums of money to enable them fund the proposed arms and ammunition procurement for their militiamen. The weapons, a source explained would be given to the militant group to protect the region.

With the new development, there is the likelihood that proliferation of arms in the Niger Delta region, whose militants just got amnesty, might increase, leading to increase in violent crime and armed robbery across the country.

To realise their aim, it was further gathered that the communities are providing welfare package for those being recruited.

One of such is happening in the south-eastern part of the country as major stakeholders of the Socio-Cultural group had recalled back the dreaded “Bakassi Boys” to begin urgent assignment of taming the Fulani herdsmen.

One of the objectives the re-organisation of the ethnic militias is meant to achieve is to despatch the herdsmen marauders out of the region permanently or they should be ready to cohere and renounce violence against their people.

They claimed that the havoc herdsmen wrecked in Enugu State villages were over 100 people allegedly killed will not go without any reprisal action.

The emergence of new militia group is rising as another one that was said to have been formed recently in the Riverine side of Benue and Nasarawa States were said to have attacked Fulani herdsmen, killing 15 of them and 83 cows.

In the south-south, a new group of militiamen, The Niger Delta Avengers (NDA) are now gaining sway despite warnings by the military authorities to sheath the sword and give peace a chance in the region.

The militiamen last week claimed responsibility for the multiple explosions that rocked Chevron plant at Escravos, Warri, Delta State. The group, allegedly are in possession of sophisticated arms and other dangerous weapons poses so much security threat to the nation after Boko Haram insurgents who had been on war part with the government in the North East part of Nigeria.

As their effrontery gained sway, three soldiers of the Nigeria Army (NA) were shot dead by unknown gunmen in Bayelsa state.

In recent past, violence of different dimension rocked the region especially during the just concluded re-run elections in Rivers State where several security agents were killed with their civilian counterpart.

The Inspector General of Police (IGP) Solomon Arase as a result called on those with illegal arms to surrender them peacefully to the Police.