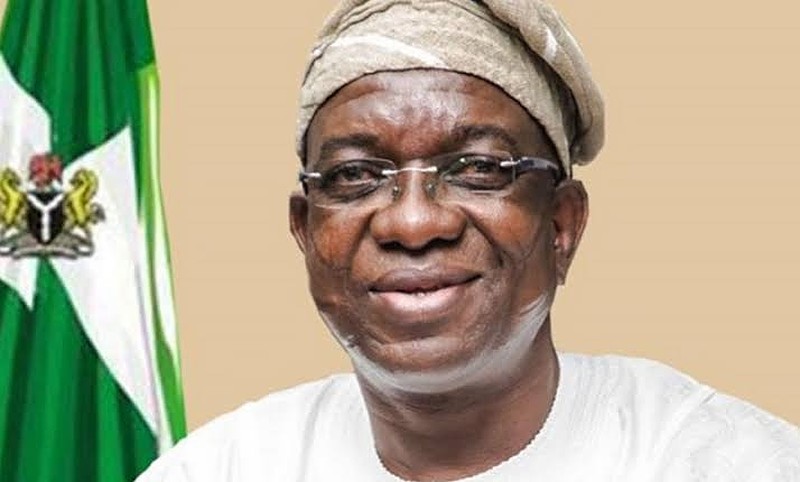 The Oyo State Chief Judge, Justice Munta Abimbola, on Friday constituted a seven-man panel to investigate the allegations levelled against the Deputy Governor, Rauf Olaniyan, by the State House of Assembly.

This is contained in a statement by Mrs Comfort Udoh, the Information Officer, Oyo State High Court, made available to newsmen in Ibadan.

The News Agency of Nigeria recalled that the House of Assembly had in June directed Abimbola to constitute a panel to investigate Olaniyan.

The assembly had served the deputy governor with a notice of impeachment over alleged gross misconduct, abuse of office, financial recklessness, among others.

Abimbola said he constituted the panel by virtue of the power conferred on him by Section 188(5) of the 1999 Constitution.

He said that the delay in inaugurating members of the panel was due to the pending suit against the impeachment of Olaniyan in which judgment was delivered on Thursday.

NAN reports that Justice Ladiran Akintola, in his judgment, dismissed the claims of the deputy governor.

Olaniyan had through his counsel, Afolabi Fashanu (SAN), dragged the House to court over the impeachment move against him by the lawmakers.

“There were various consultations with communities in the state such as Muslim Community, Christian Community, Justice of Peace and legal profession.

“They are men of unquestionable integrity, not being members of any public service, legislative house or

political parties, have been constituted to investigate the allegations against Olaniyan as provided under the Constitution,” he said.

The chief judge urged the panel members to have fear of God and act by their conscience and just in the discharge of their duties.

NAN reports that the Oyo State High Court in Ibadan had on Thursday dismissed the suit filed by the State Deputy Governor, challenging the moves initiated to impeach him by the state House of Assembly.

In his judgment, Justice Ladiran Akintola held that the 1999 Constitution stipulates the process of removing one from office, adding the originating summons, as filed by the claimant, were purely legislative and not judicial.

Akintola said the role of the speaker was administrative in the Constitution, while the allegations leveled against the claimant were clear enough for him to understand.

The judge said that he validated the process initiated by the House of Assembly, having carefully considered the originating summons, counter- affidavits by the defendants, and the written addresses filed by counsel to the parties.

“There is nowhere that the speaker is involved as an initiative, but an administrative; the issue raised by the claimant against the defendants are resolved against the claimant.

“No proceedings of the House can be entertained in any court, therefore the claimant’s case is, accordingly, dismissed,” the judge said.

‘They tried to kill me over Baba Ijesha’

Why I chose Idahosa as running mate -Kwankwaso