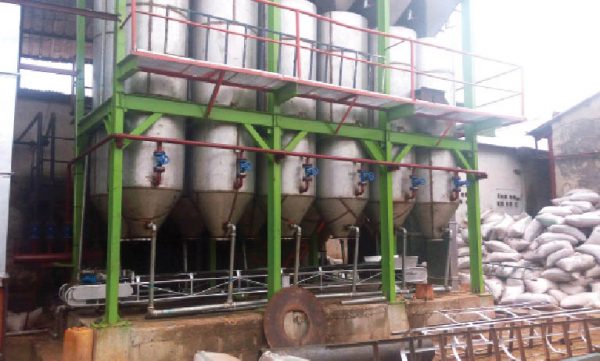 In recent times, the Nigerian agricultural sector experienced series of intervention from government and some foreign donors. This improved agricultural activities along various crop value chains.

It was gathered that with the Federal Government’s policy on rice importation, rice production in Nigeria improved reasonably along its value chain. Rice production increased from once in a year to thrice in a year, which made small and medium rice milling centres spring up across various rice-producing states.

In Kano State, from 2015 to 2018, no fewer than 200 medium and small scale rice milling centres emerged, thereby complementing the existing seven mega rice mills in the state. In the last three years, rice production received the boost it had never received in the history of agriculture in Nigeria.

It is a common scenario in places like Kura, Gezawa, Bunkure, Garun Malam and Tudun Wada local government areas of Kano State to see a cluster of small scale rice millers doing business. A visit to these centres revealed that many of the millers have been experiencing reduction in what they mill as patronage has reduced.

Many of those spoken to attributed the reduction being experienced to the availability of foreign rice in the market at a very cheap price.

Malam Hudu Badamasi Bunkure, who is a rice merchant at the Zangon Buhari Rice Milling Centre in Bunkure Local Government Area, said he used to buy 70 bags of milled rice weekly from the centre and send it to the city, adding that in the last three months, demand for the local rice had reduced to 25 bags per week due to what he termed “unfavourable competition atmosphere with foreign rice.”

Malam Bunkure further said, “No doubt, if these things are allowed to continue the way they are going now, definitely we will all have to look for something else, but not rice anymore. Imagine, from 70 bags to 25 bags in three months; this is indeed alarming. We were made to understand that now, in the cities, our rice costs more when compared to the foreign, which is being smuggled into the country; and people go for the cheaper one.

“To be honest, we were so happy, but it is like our happiness is now turning into a nightmare. All that which the government has done will now be worthless and useless. Perhaps they want us all to turn into smugglers to make a living.”

The Chief Executive Office of Golden Star Rice Mill, Engr. Iliyasu Nazifi, said rice production across the value chain received a lot of intervention from the Federal Government, adding that as a result of the encouragement given to the sector, many people had ventured into it and had been enjoying the proceeds.

Engr. Nazafi further said the success recorded in the last three years recently suffered a setback as a result of some setbacks due to the activities of rice smugglers that had struck back with full force with the assistance of some personnel of the authorities concerned who had compromised at the expense of Nigerian citizens.

“No doubt about the fact that we are so optimistic on the attainment of food security in the nation, we have seen how the Federal Government has contributed in promoting agro activities, and also, we have seen the huge investment being committed by cooperate organisations and individuals in the sector, especially in rice. But, as I speak to you now, many small and medium scale rice milling companies are at the verge of folding up because of the high number of foreign rice being smuggled into the country. Go into the markets and you will understand what I am talking about,” he said.

Nazifi further revealed that rice smugglers had been having a swell time recently as indices showed that some compromising personnel in the Nigerian Customs Service (NCS) have not been doing their job as expected.

Another rice miller, Alhaji Abba Dantata, told our reporter that he had to cut down 50 per cent of his work force to be able to manage and move in the business, and that it was disheartening to see how foreign rice was being smuggled into the country freely without anything being done by the authorities concerned, which he said made the market flooded with foreign rice to an extent that the locally milled rice could not compete with the foreign.

“From January, 2019, to this moment, only God knows how many tonnes of foreign rice have successfully entered our markets. From our records, we were told that 50 trucks laden with foreign rice get into the country daily through smuggling from Abeokuta and other land boarders. That is why foreign rice now floods our markets to the extent that the local one has to remain aside because it cannot compete with the foreign.

“This is a bad omen and a threat to all that which the Federal Government has done in the agricultural sector. Many small and medium rice milling companies have closed down and many more will close down also if necessary action is not taken to address the issue. This will in due course affect the mega rice mills,” Dantata lamented.

He further called on stakeholders to as a matter of urgency draw the attention of the customs to brace up and double its effort in addressing the smuggling menace to save the country and Nigerians from drowning back to square one.