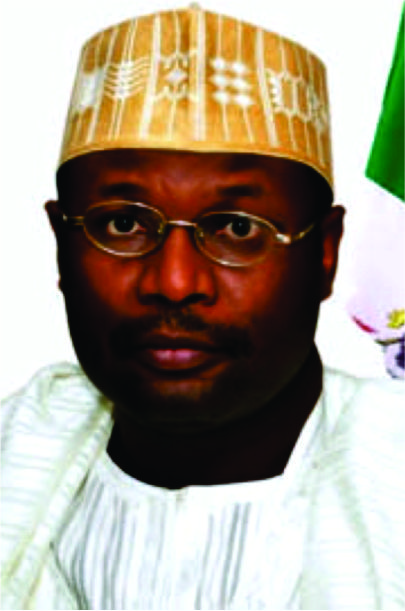 After all the shoot-’em-ups that punctuated Bayelsa’s fragmented poll, INEC is heading for a raft of runoffs that might knock Nigerians for a loop

THE Mahmoud Yakubu-run INEC has got a lot on its plate in 2016 — a year the commission will manage 78 elections across 13 states. Its competence, many believe, is already dented by the first two polls conducted in Kogi and Bayelsa. Yakubu’s grit, too, will further be tested as he buckles down to deliver credible reruns in 10 senatorial elections, 12 state constituency elections, 37 state assembly elections, 17 federal constituency elections, and two governorship contests. All of that, according to court verdicts, in less than 60 days— and on a shoestring budget of about N45 billion.

The index cases—Kogi and Bayelsa, including the supplementary — were a fiasco. Money was hardly the reason then. It was violence. And the civil society organisations (300 of them) and other observers that monitored the Bayelsa guber contests were down-to-earth in their assessment.“Both the December and January 9 elections in the Bayelsa governorship contests are grossly flawed,” Ibrahim Zikirulahi, chairman of the Transition Monitoring Group, told National Daily after the supplementary election, “and they don’t have the minimum test of any credible election.”PDP Sen. Ben Bruce, from Bayelsa East, tagged the December election as an execution.

Organising elections in Nigeria has always been one whale of a project. And making them and has even been costlier. “America does not spend as much as an average legislator spends in an election in this country,’ said INEC’s national commissioner for Ogun, Oyo, and Ekiti, last year.

It’s a trend, to be sure. The 2011 general elections which many, including the International Crisis Group, described as successful, gulped N85 billion. INEC’s budget in the dormant years, however, dropped—to N35 billion in 2012, and N32 billion in 2013. It ramped up again, to about N120 billion, the following year, in preparation for the 2015 general elections. The commission actually got N45 billion then, and the balance was later released in January 2015.

Cash alone wouldn’t have been enough to nail the management of that election. Gun butts did help, too. The credibility many accorded the 2015 polls (including the isolated ones between 2011 and 2014) and the chief pollster, Prof. Attahiru Jega, was largely achieved using jackboots. And armies of hirelings. No fewer than 73,000 security operatives, according to media reports, were on the ground to secure the August 7, 2014 guber election in Osun. And the total number of temps that worked the Ekiti 2014 governorship poll was 7940—for 766,132 registered voters. In Lagos, INEC recruited 33, 600 ad hoc workers for the April governorship election. According to Kayode Idowu, then Jega’s media officer, the commission took on 650, 000 casuals for the entire elections.

Even in a local government in a state of roughly 600000 people, about the size of Ojo LGA in Lagos, polling is no less taxing— in terms of boots on the ground. In addition to a legion of soldiers and navy the federal government mobilized to guard the ballots in Bayelsa’s supplementary election in the Southern Ijaw Local Government, the Nigeria police also dispatched 5,000 of its men, two commissioners, and an assistant inspector-general. “You can’t do elections without deployment of large number of security agencies to the field.” Olurode said.

Since marshalling hordes of casuals and security forces for any election is a given, INEC must be at the mercy of the federal government. And the commission has also got a reason to burn a hole in its N45 billion organizing 78 elections, all closely packed, this year. Delivering a command performance would then be difficult for the commission.

It may not be responsible for picking up the tab for security deployment. The government takes that. But INEC has to shell out wages to the multitudes of temps it employs—and that could run into a small fortune. Jega said the 350,000 casuals the commission employed during the voter card distribution were paid N2 billion daily, for instance.

But whatever the personnel cost amounts to during the coming re-runs, it will definitely be competing with the commission’s bread-and-butter expenditure for 2016.Fifty-three percent of its 2014 budget—N66.3 billion (about N21 billion more than its 2016 vote)—was spent on salaries, allowances, and perks of the 37commissioners and other staffers, according to Idowu.

Only that the elections are re-runs this time. And Yakubu’s chances of flopping are high. “If we cannot hold credible elections in a single Local Government Area of the least populated state in Nigeria,” said Bruce before the January 9 election, “then it is no longer incompetence. It is deliberate.”

What Bruce probably means by deliberate is what many check off as spinelessness. The political history professor is said to be a soft touch—unlike his predecessor who was as stubborn as a mule. If he is really true to type, then Yakubu will have to read his boss President Muhammadu Buhari’s lip before acting.

And the opposition would not take that. “The nation’s democracy cannot afford to be left in the hands of an electoral umpire that cannot exert its independence and the sanctity of the electoral process,” PDP’s national publicity secretary, Olisa Metuh, said after the Kogi election. The attorney-general of the federation had told INEC it couldn’t cancel the Kogi election though the APC candidate Abubakar Audu died in the process.

It might be too early to judge Yakubu. Or to divine his future as Nigeria’s chief electoral umpire. Some think INEC itself is wired to fail when it matters. Zikirulahi told National Daily the president appointing the chairman and the 37 resident electoral commissioners is a drag on the commission. “That makes the RECs, who mostly conduct elections, do whatever they choose since the chairman cannot remove them,” he said. “So no matter how much the chairman tries, if the states won’t live up to expectations, the re-runs will be a failure.”Like it was in Bayelsa.

But, to Yakubu, the Kogi and Bayelsa inconclusiveness was no sign of incompetence. “The truth is that our elections are getting better; they are also becoming competitive,” he told his audience at the 11th edition of a public lecture of INEC’s Electoral Institute in Abuja. He might be wrong on that note. Violence, Zikirulahi said, can’t be a basis of competition.
Of the 13 states where the next series of competition will come up, eight were designated in the run-up to the 2015 election as hotspots. CLEEN Foundation, a security research advocacy group, listed Anambra, Enugu, Ebonyi, Akwa Ibom, Rivers, Adamawa, and Abia, among others, in its threat assessment report. The threat level might just be waiting to spike up as desperation gives way to violence in February.

Using Yakubu’s first two showings to gauge his capabilities to make short work of the 78 runoffs may be a sticky job. The only constant, in the equation, however, is muscle. And the outcome is in-conclusion. It takes no genius to figure that out, you bet!