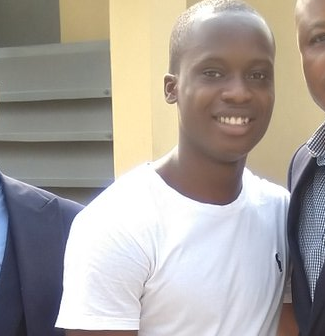 A young man has been released from prison after spending two years in custody.

The man, who looks really young, was allegedly picked up by police while he was on his way home and was put in prison two years ago.

Thanks to lawyer/activist Malachy Odo, the young man was set free today by the Surulere Magistrate court. 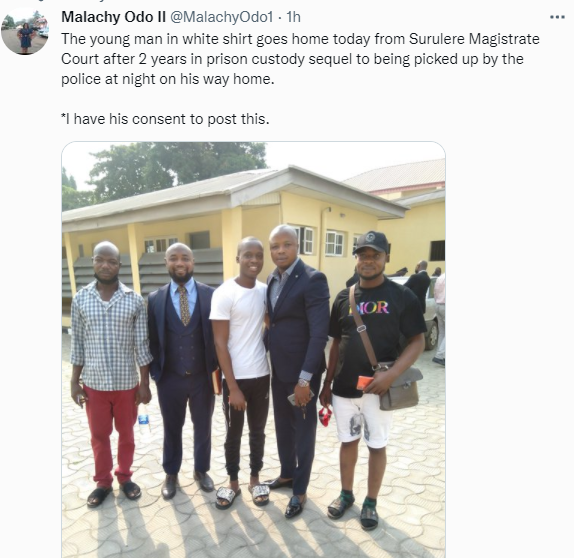 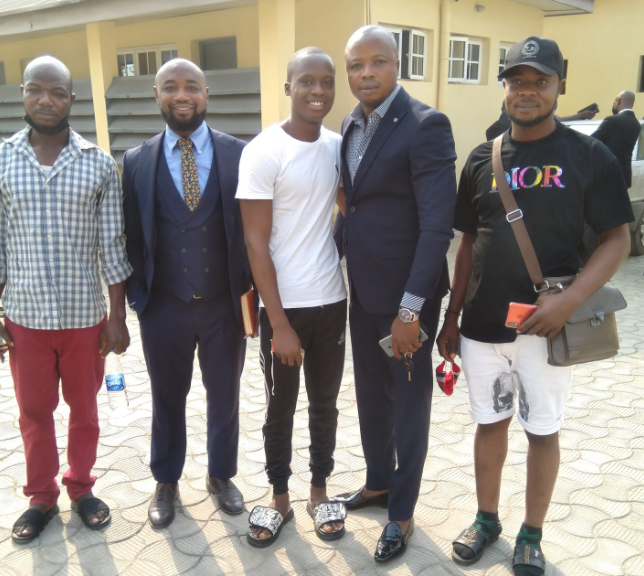 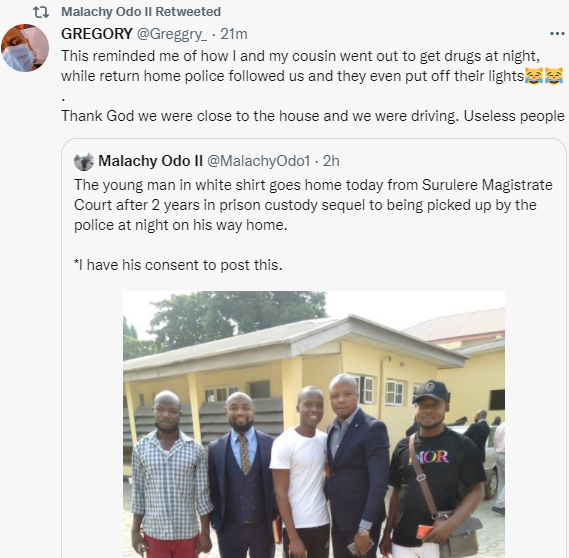