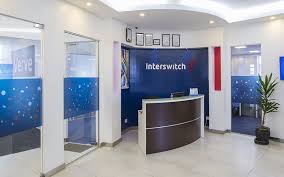 Africa-focused integrated digital payments and commerce firm, Interswitch Group, has denied being directed by the Central Bank of Nigeria (CBN) to suspend all dispute management operations, which include reversal of failed visa and verve card transactions.

Interswitch’s rebuttal, which was disclosed via the company’s Twitter account, assured cardholders and transacting public to disregard any misleading reports indicating that Verve Card transactions had been impacted by any resolution.

It stated, “Our attention has been drawn to a series of misleading information recently circulating through SMS notifications and online/offline. Please note Interswitch’s factual position. We have implemented an excellent business continuity plan and there is no disruption whatsoever to our business operations.

“Cardholders and the transacting public are assured that all dispute management operations remain fully available and all chargebacks and disputes will be processed according to their regular timelines.”

In view of the clarification of disruption of dispute management and chargeback processing operations by Interswitch, Verve has told all its cardholders and the transacting public to disregard any misleading reports indicating that Verve Card transactions had been impacted by any such resolution.

However, a monitored report suggested that the order for the reversal of that directive was actually given by CBN. It said that the apex bank gave the initial directive for suspension of all dispute management operations as a result of shut down of offices and movement restrictions.

However, following the pressure mounted by stakeholders, the CBN had to take a second look at the directive.

Interswitch noted in its letter to the banks, that the CBN had withdrawn the earlier directive due to feedback from certain industry stakeholders.

Interswitch, in its letter, stated that, “All chargebacks and disputes will be processed according to their regular timelines.

“In addition, chargebacks and disputes that may have arisen during the period of the suspension can now be logged on the platform as appropriate.”