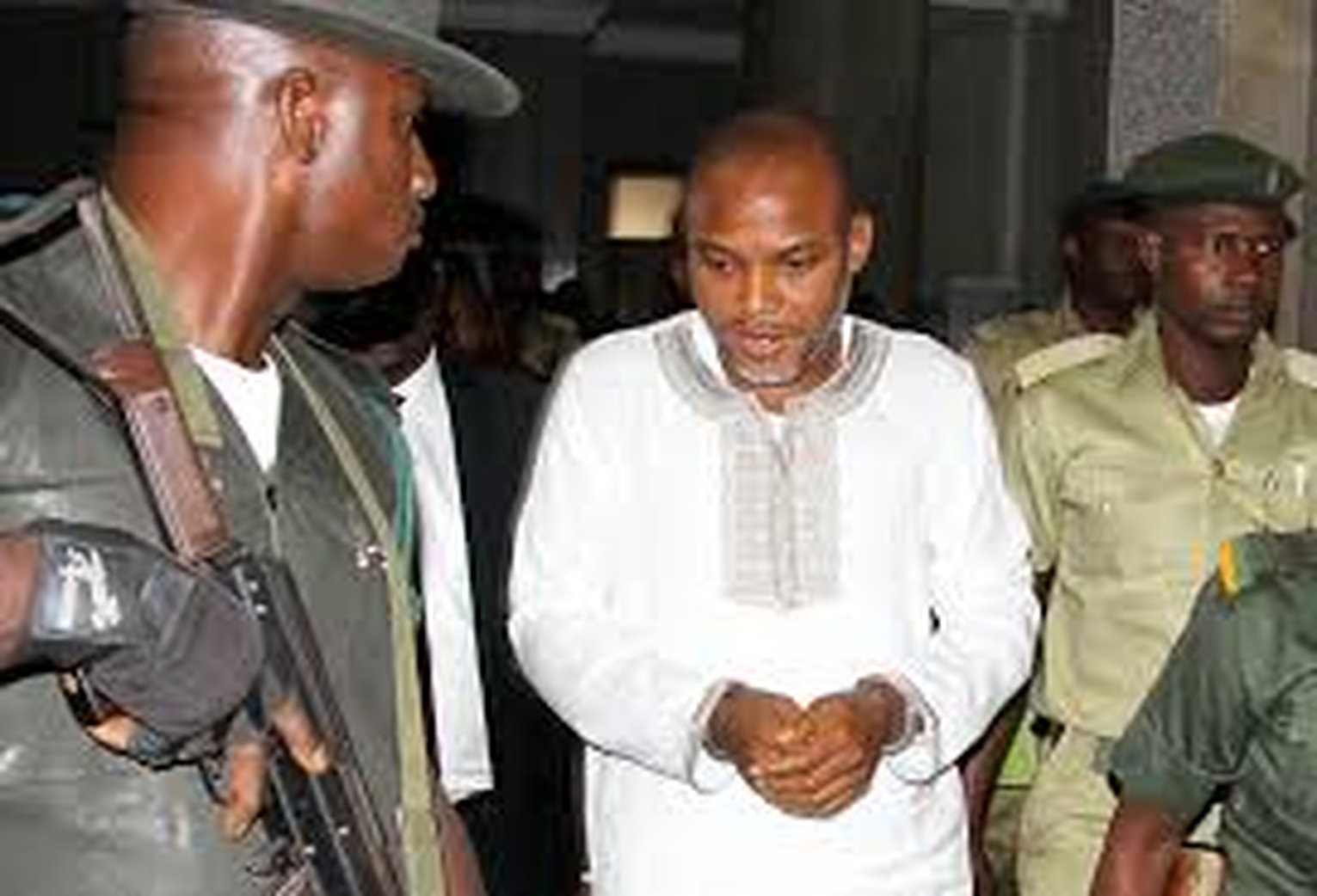 IPOB leader Nnamdi Kanu has been taken to custody after years of jumping bail during his his sedition trial in Nigeria.

Kanu’s last outburst was with former militant leader Asari Dokubo over fund embezzlement in the fight for the Biafra Republic.

Asari’s threat to bring Kanu down might just have coincided with the fugitive’s arrest.

Already in custody since Sunday, Kanu, Malami said, will be taken before the Federal High Court in Abuja for continuation of his trial on charges bordering on terrorism, treasonable felony, unlawful possession of firearms and management of an unlawful society.

The secessionist leader lost both parents between 2018 and 2019, while he was on the run.

After N100m bounty, Asari’s threat, IPOB leader Kanu runs out of luck, brought back in custody