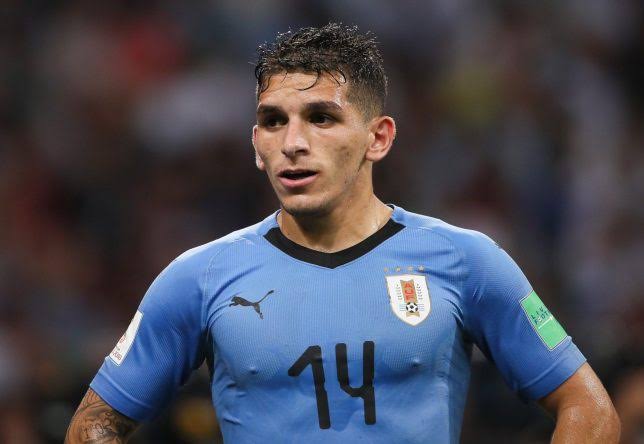 It appears Lucas Torreira is NOT looking to leave Arsenal. That’s according to the Telegraph, who claim the Uruguayan midfielder is ‘not agitating to leave’ amidst transfer speculation.The midfielder is reportedly a top target for AC Milan head coach Marco Giampaolo, who worked with Torreira at Sampdoria before his £25million switch to the Emirates Stadium. The Telegraph do add that if Arsenal did want to sell their battling star – a fee in the region of £45m would be enough to green light his departure.

And in Samuel Umtiti latest, Arsenal were tipped to make an approach for the French international, who lost his place to Clement Lenglet after an injury-plagued season. However, Unai Emery will have to pursue other targets after Umtiti’s latest interview. “The quality of life is great. For me, it’s the best place to play and live,” he told Hypebeast. “Every day I feel happy to live my passion, and what’s more to do that here in Barcelona.”