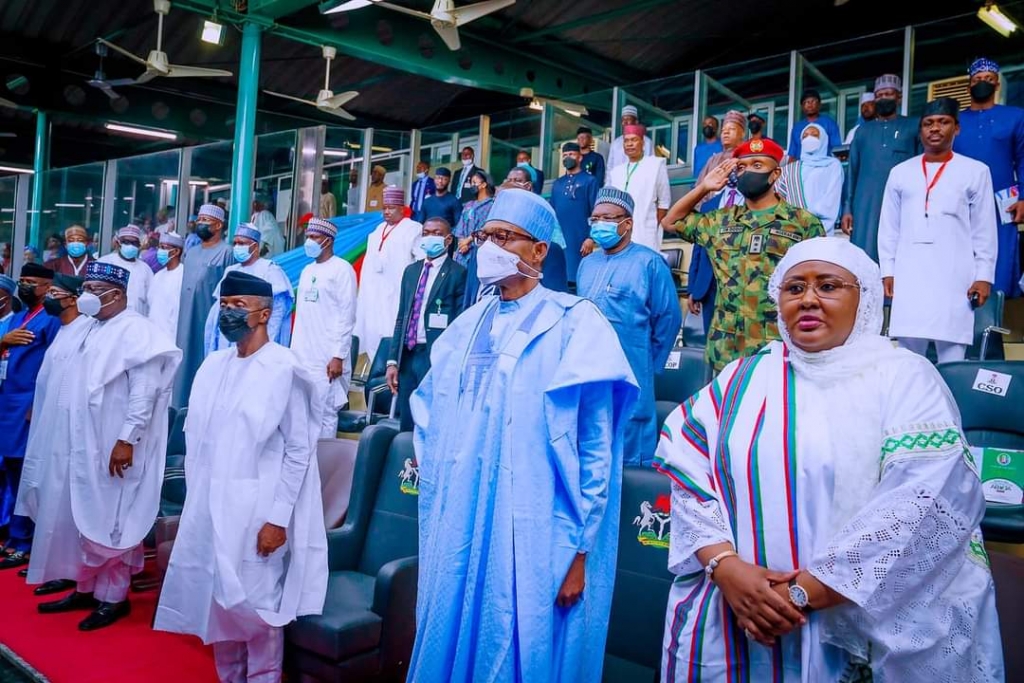 Stakeholders in the South-South have called for a downward review of public office holders’ pay in Nigeria to curtail increasing money politics in the country.

A cross section of those who spoke with the News Agency of Nigeria in the zone attributed the rising poor leadership in the country to money politics.

A Port Harcourt-based businessman, Mr Martin Egwe, said the increasing money politics in Nigeria was due to the jumbo pay of political offices holders.

Egwe said high cost of nomination forms and other logistics have also turned politics into a highly expensive venture for only those who could afford it.

“Politicians are ready to part with huge sums of money during electioneering as they are sure of recovering their investments when they eventually take over power.

“This perception has also resulted in unhealthy competition among politicians and they flaunt cash to some gullible voters who are determined to align with them.

“Such voters go for the highest bidder irrespective of his track records and capabilities,” he said.

Another respondent in Port Harcourt, Mr Zovah Bari, said most Nigerians had lost faith in the ruling class and rather exchange their support and votes for money.

“The dangerous practice of money politics has left politicians with no option than go as far as borrowing just to appease the voters.

“Politics has become so competitive and juicy in Nigeria to the extent that very sensitive positions are consistently left in the hands of incompetent politicians.

“Such politicians have already understood how to recouped and profit themselves from constituency and developmental funds,” he said.

In Delta, a human rights lawyer, Mr Chukwuka Animadu, said that money politics had led to emergence of incompetence leadership at different levels in the country.

According to him, most money-bags in politics lack self-confidence; hence they resort to money inducement to get political power.

“The problem is that when we allow money to rule us against intellectual ability and capacity, we do so to entrench bad leadership to the detriment of our nation’s progress.

“A candidate, who lacks political ideology and philosophy to be a leader, can never be a good leader.

“He rules as it pleases him and as citizens live to lament because they cannot challenge such a leader after all,” he said.

Ojei said that the increasing huge spending in politics was the main cause of the country’s problems and a clear indication that the country’s democracy was in crisis.

“The rise of money politics as we are seeing today has been the main factor that has adversely affected Nigeria’s leadership generally.

“The increasing money politics has no doubt helped to consolidate the power of the elite and the political exclusion of the masses.

“Unless the situation is changed, reforms aimed at curbing corruption and improving governance in the country will not produce the desired results,” Ojei said.

He advocated for the amendment of the Electoral Act 2022 to reduce the amount of money politicians could spend during elections.

“What we are seeing now in our political life may be interesting to some people, because their persons are winning.

“But let me tell you that the practice of giving tickets to the highest bidder will in no distant time cause us a lot.

“Because when we mortgage our conscience for monetary benefits, we do great harm to democratic principles. We sell out our future,” Okitiamu said.

On his part, the Chairman of Zenith Labour Party in Edo, Mr Bishop Akhalamhe, said reduction in the allowances and salaries of political office holders would help in checking the trend.

Akhalamhe said that the increase in spending in politics, especially vote buying, had hindered the emergence of quality leaders in Nigeria.

According to him, delegates to political party primaries had become a big problem in the electoral process because they vote for the highest bidder instead of those with good ideas and plans for the country.

“The problems we have in this country are party delegates. It has become so difficult to get quality leaders because of their greedy nature.

“Unfortunately, these quality leaders have no money to spend on delegates. Even the electorate themselves are also involved in this money politics.

“They accept your ideology and plans but abandon you midway because you don’t have money to share,” Akhalamhe said.

The chairman said that if the practice was not jettisoned it would be very difficult to have good leaders.

He said if that was done, patriotic Nigerians who had interest of the nation at heart would be able to emerge and Nigeria would be better.

In Calabar, Dr. McFarlane Ejah, Country Director, International Training, Research and Advocacy Project, said Nigerian politicians would want hunger and poverty to prevail in the country to perpetuate themselves in power.

Ejah said the quantum of money thrown around by politicians in Nigeria during party primaries the way they went about it was absurd and an insult to the collective sensibilities of the citizens.

According to him, this is possible because many Nigerians are hungry and live in abject poverty, making it easy to lure “them to self-destruction by sharing accumulated stolen wealth of the people.”

“Nobody invests to lose; so, when a man picks a presidential nomination form for as much as N100 million and bribes delegates with as much as 10,000 dollars to 20,000 dollars each, what will he do when he gets into office?

“The salary of the President for 4 years is just above N50 million, but when he buys his nomination form for N100 million not counting the ones spent for consultation and bribing of the delegates, there is a problem.

“This portends danger for the country because the rate at which we are going our children have no future, and we are not serious about taking the bull by the horn to redeem the nation,” he said.

According to him, politics and leadership are not meant for self-centered people.

He described politics in Nigeria as “who get what at a given time at all cost and in the detriment of the people they are supposed to protect.”

Ebimo said that the last Peoples Democratic Party (PDP) presidential primaries was a show of wealth by the aspirants and all about who could pay the delegates the highest amount of money to be voted for.

A respondent in Uyo, Prof. Christopher Ekong, said that bribing delegates in the process of electing candidates during primaries was inimical to the country’s democracy.

Ekong, an aspirant in the All Progressives Congress (APC) governorship primary in Akwa Ibom, said the masses should be blamed for demanding money before voting for candidates.

“The followers are the one creating problem for this country and not the leaders. If you see the way they fight to become delegates, you will marvel.

“A situation where there is a contest and the people you are going to represent are demanding for money before they vote for you to represent them is quite worrisome,” Ekong said.

Also, a chieftain of the APC in Akwa Ibom, Mr Eseme Eyiboh, “the only way we can get out of this is to change our recruitment process. Those with capacity and ability to perform should be allowed to lead not money bags.