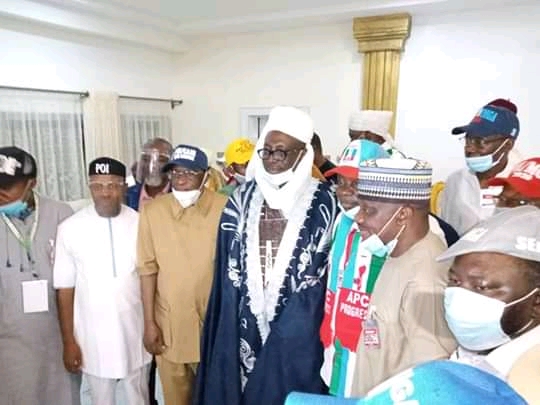 The Peoples Democratic Party (PDP), chiding the governorship candidate of the All Progressives Congress (APC) in Edo State, Pastor Osagie Ize-Iyamu, after he received traditional chieftaincy title in Auchi, commended former APC national chairman, Adams Oshiomhole, for speaking the truth about Ize-Iyamu during the 2016 governorship campaign in Edo State. The PDP berating Ize-Iyamu as a ‘fake’ pastor, expressed that what Oshiomhole said in 2016 about the APC governorship candidate in the September 19, 2020, election, are coming into reality.

The PDP wondered how an ordained pastor of the Redeemed Christian Church of God (RCCG) would condescend to being coronated with traditional chieftaincy title, which the party pointed out, has traditional responsibilities, including worshipping of cultural deities. 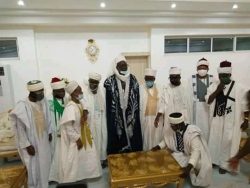 The PDP, therefore, declared that Oshiomhole was right in all that he said about Ize-Iyanu, including his criminality perceptions.

Accordingly, the PDP on one its pages on social media remarked: “Fake Pastor Ize-Iyamu, Oshiomhole was right.”

The party highlighted that Pastor Ize-Iyamu was on Wednesday coronated with the traditional tittle of Itsemakhons of Auchi by Otaru of Auchi. The PDP recalled that “in the words of Oshiomhole in 2016, he said: ‘fear those people who carry Bible during the day and Ak-47 at night.”

The PDP, therefore, postulated that “it all means Adams Oshiomhole said about Pastor Ize-Iyamu in 2016 has started to come out as true.”

The party questioned: “how on earth will an ordained RCCG Pastor, who is supposed to be a man of God receive a traditional title with traditional responsibility…”

Some stakeholders had reacted differently. A stakeholder had responded: “POI, you are not different from Esau. Because you want to become a governor, you sold your birth right. God have mercy.”  Another stakeholder had remarked: “who ordained Ize-Iyamu pastor? May be na (it’s) political title.” However, another stakeholder had a contrary view. He said: “you failed to mention that Obaseki and his deputy were also given traditional titles in same area. Using different standards for judging Pastor Ize-Iyamu does not show objectivity at all. He is not a fake pastor.”

The argument continued with divergent opinions.