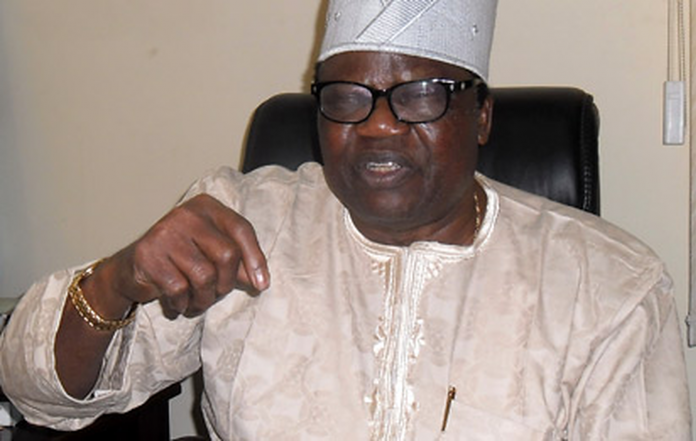 On the Sept. 19 election, former Information Minister Tony Momoh is divided between two opinions: shading APC’s ex-national leader Adams Oshiomhole for the power tussle that jeopardizes the ruling party’s chances in the coming election; or going all out to support the APC against the free-spending PDP that poached the state governor.

But, obviously, Momoh loves his party’s candidate Osagie Ize-Iyamu. It matters little that the ex-minister believes the APC had to lose what he described as the laurel—the state treasury—to get its candidate..

“I said ‘the laurel’—when these two elephants are fighting—might be lost,” he told the Sun in an interview, regretting Edo is now a PDP state because the governor has moved over to the party—with so much.

“I said, ‘Obaseki leaving is not going to be a tea party for us in APC because, most importantly, he left with our purse,’” he recalled.

The move by Gov Godwin Obaseki to the PDP to get the party’s ticket made Momoh uncomfortable. And he blamed Oshiomhole for it—even if slightly—slightly because the party’s eventual candidate, Ize-Iyamu, is a nice pick—by Momoh’s estimate.

“I still want the APC to sweep the votes in the state, [because] I became more confident when Ize-Iyamu joined us in APC,” he said in the interview.

But the cross-over by Obaseki, with the Edo purse, is still a factor.

According to him, all the money going to Edo State goes to Obaseki, and all now goes to fund the PDP election.

It’s a big loss, first, for the state.

“I still say when two elephants fight, the grass suffers, and that is what will happen anywhere in the country,” Momoh added.

He attributed the sufferings to the fragmentation of the Edo APC into the Obaseki-Shaibu Movement and the Edo People Movement which he said is loyal to Oshiomhole..

But Momoh still admitted the two elephants also got what they deserved.