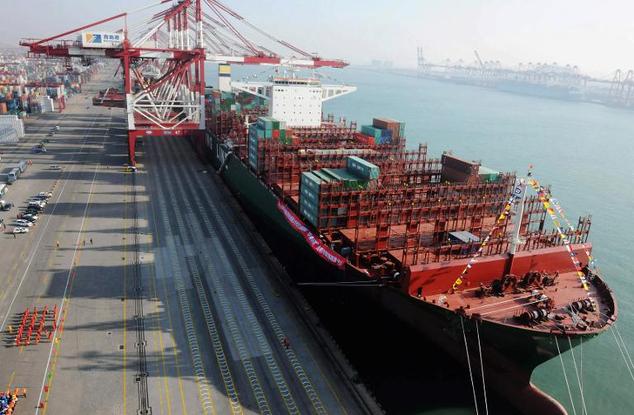 Share this on WhatsApp
Spread the love
By Richards Adeniyi
Seaport concessionaire, Josepdam Port Services (JPS), operators of Terminal A at Tin Can Island Port, has restated its commitment to reducing vessels turnaround time from three days to one day as part of efforts to boost service delivery.

JPS is one of the leading terminal operators in Nigeria with three berths totalling 484 meters in length and its services as a terminal operator has put in a new investment development plan that will see more than $50 million injected into the terminal to improve the service delivery to clients.
Managing Director of JPS, Mr. Simon Travers, stated this on Wednesday during a brief award ceremony held at the terminal in Lagos.
Travers also disclosed that the concession agreement with the federal government has been extended by an additional five years, saying that JPS has engaged more staff during the recession period.
He said that the terminal is restricted to number of vessels to berth at the terminal but stressed the need to be more productive in ensuring ships calling at the facilities spend lesser time.
He said that based on cargo throughput to Nigeria, JPS terminals have been the busiest in Nigeria in terms of bulk cargo, adding that the award received by the terminal operator is very important because of the world class recognition involved.
He said that the company has embarked on e-banking for its clients in order to reduce the number of human traffic at the terminal.
ALSO SEE: Navy hands over 2 vessels, 14 crew to EFCC for prosecution
“At Josepdam, we operate e-banking system of payment to ease banking transaction and for smooth operations”, Travers stressed.
Emphasising on how to improve on its performance, Travers noted that “we are developing all the time and the next stage of our development is to actually make the productivity of our vessels reducing from three, four, and five days for berth to one or two days to make us get more vessels at berth”.
In line with the terminal operators’ performances overtime, the MD pointed out that “our vision is to ensure that JPS is the best bulk terminal in Nigeria and we are starting right here to make this place bigger.
“We have to put in place new standards, we need to go green, we need to be more effective and more productive and that is what we want to do and this was why we managed to secure this award”
The concessionaire bagged “European Quality Award” for the most improved terminal in terms of productivity and quality.
Addressing journalists against the backdrop of the international honours, Travers noted that progress made by JPS was collated by the monitoring unit of the European committee.
The managing director said that the concessionaire has been able to invest in staff training and facilities which, according to him, is the vision of the company on where it will be positioned in five years to come.
Share this on WhatsApp
Related Topics:Josepdam Port Services (JPS)Seaport concessionaireTin Can Island Portvessel berthing
Up Next