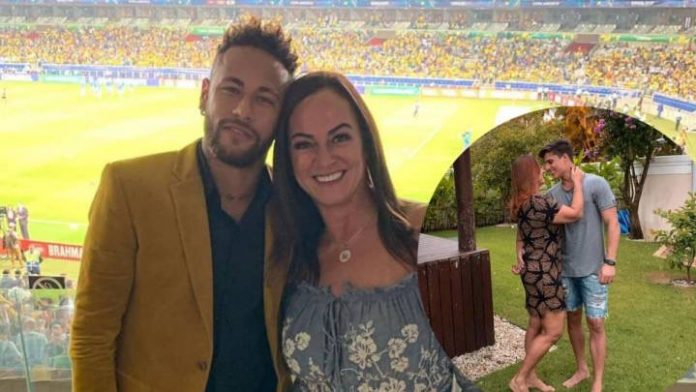 The news of 52-year-old Nadine Goncalves’ romantic relationship with 23-year-old Tiago Ramos hit the media waves two weeks ago was received with diverse reactions from football fans around the world.

Nadine announced her relationship with Tiago who is who is six years younger than his son and one of the world best footballers Neymar Junior. While some swiftly kicked against the relationship, others accepted it.

Meanwhile, the situation eventually became nervy as Neymar reportedly endorsed the relationship when he left a heartfelt comment: “Be happy mom. Love you” in response to his mother’s earlier posted picture of herself and Tiago with the caption: ’The inexplicable cannot be explained, you live it…’ followed by a love heart emoji. “the under her mother’s post.

However, National Daily can confirm from reports emanating from Brazil that Nadine has dumped her toyboy lover after finding out he had dated a string of men prior to their first meeting despite her Paris Saint-Germain forward son reportedly approving the relationship.

It has been revealed that the 23-year-old Tiago allegedly dated Neymar’s personal chef Mauro before becoming romantically involved with his mother.

It has also been claimed that Tiago was dating a famous Brazilian actor and stand-up comedian called Carlinhos Maia.

National Daily further gathered from the reports from Brazil that Tiago is a model, who is also part of a gaming team named 4K Easy. However, it remains unclear when he began dating Neymar’s mother, although he was pictured at the former Barcelona star’s lavish birthday party in February.

Meanwhile, Tiago appears to have been a long-time fan of Neymar when he first sent the PSG talisman a message in 2017 which read:

‘Neymar you are fantastic, I don’t know how to explain the emotion of being a fan of a guy like you.

‘I see you playing and I’m very motivated, one day I hope to read this message with you, be your brother and play with you.

‘I know that one day I will meet you, because I am a dreamy boy where I do not give up on my goals!