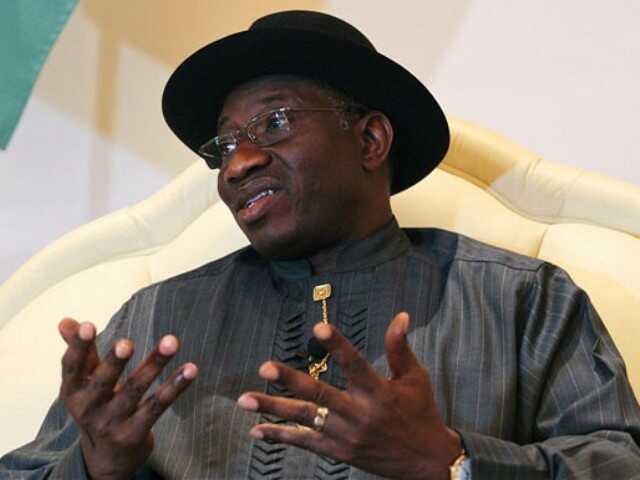 Share this on WhatsApp
Spread the love
The Federal High Court, Abuja, has ordered its bailiff to serve its subpoena on former President Goodluck Jonathan within five days from Wednesday.
The subpoena will make Jonathan appear as a defence witness in the on-going trial of Olisah Metuh, PDP’s ex-national secretary.
Metuh is being prosecuted by the EFCC for alleged diversion of N400 million from the Office of the former NSA Sambo Dasuki.
Dasuki is also expected to appear in court as Metuh’s witness.
Jonathan will be getting served with the order for the second time, after Metuh’s lawyer had even written him a letter in that respect.
Justice Okon Abang gave the court official five days to serve Mr. Jonathan with the subpoena.
ALSO SEE: Finally, Metuh’s lawyer gets Jonathan into trouble over N400m
He added that in the event that the bailiff was unable to serve the former President with the subpoena in person, Mr. Metuh, for whom the subpoena was approved, will have to apply to court to allow the bailiff serve Jonathan through substituted means.
The court also ordered the prosecution to ensure that its client, (the federal government) compels the State Security Service to produce Mr. Dasuki in court or risk administrative action by the court, in compliance with the orders of the Appeal Court.
Following an order made by the Appeal Court on September 29, the lower court on Monday signed a subpoena for Metuh’s lawyer Onyeachi Ikpeazu, to ensure that Mr. Dasuki is produced in court as a witness for Metuh.
Share this on WhatsApp
Related Topics:ArmsgateFederal High CourtFORMER President Goodluck JonathanOlisah Metuh
Up Next

No way for single currency in West Africa, says Buhari