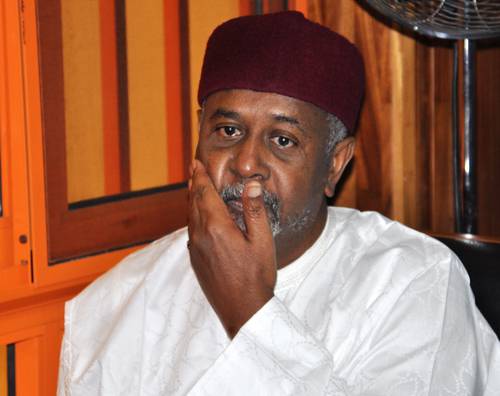 The federal government has explained why it will not release the former National Security Adviser Sambo Dasuki though court has granted him bail again.

Attorney-General Abubakar Malami said Dasuki’s personal right could be violated for the good of the majority.

“What I want you to know is that issues concerning law and order under Muhammadu Buhari are sacrosanct and obeying court order is compulsory,” he said.

“However you should also know that there is a general consensus world over that where the dispute is only between individuals, then you can consider the issue based on the instant situation. But if the dispute is about an issue that affects an entire nation, then you have to remember that government is about the people not for only an individual.

He said this during a July 13 interview with the VOA after a federal court recently granted Mr Dasuki bail, the latest of such orders.

According to him, Dasuki was responsible for more than 100, 000 deaths.

The former NSA has been in detention of the State Security Service since December 2015, when he was accused of illegal possession of firearms, and of diverting $2.1 billion arms vote to fund PDP election while he served as NSA.

Dasuki is facing separate trials for the allegations.

He has been granted bail a number of time by different courtsm the last being that of July 2 whose conditions were recently met.

But the Nigerian government has refused to release him.