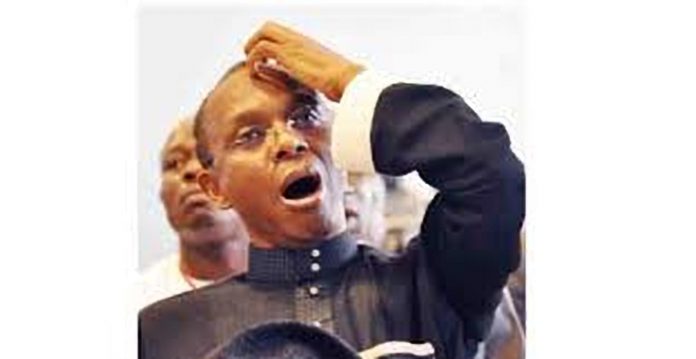 The Religious Preaching Bill Kaduna Gov Nasir el-Rufai and the state’s House of Assembly have been pushing for three years has finally been put to death.

Justice Hajara Gwada of a Kaduna High Court on Wednesday delivered a ruling in favour of the Christian Association of Nigeria and the Pentecostal Fellowship of Nigeria.

Justice Gwada, in that one hour delivery, held that the provision of the bill—the governor licensing Christians to preach—constitutes an infringement on the fundamental rights of the plaintiffs and their members.

“To that effect the bill is null and void,” Justice Gwada ruled.

According to her, the governor has the right to maintain law and order and regulate the activities of persons within the state.

“But such authority cannot be at the expense of the constitutionally guaranteed freedom of the plaintiffs and their members,” she said, referring to section 38, subsections (1) and (3) and section 39 (1) of the 1999 Constitution, as amended.

The National Daily earlier reported that the two Christian bodies (plaintiffs) took the state executive and legislature (defenders) to court in 2016 over the bill that sought to regulate public religious activities in Kaduna by licensing religious preachers.

It also provided for setting up of inter-faith committees, at the state and local government levels, to censor religious publications and information.

Early 2017, the plaintiffs got an order from the Kaduna High Court restraining the executive and legislature from further activities on the bill.

But the former Speaker of the assembly, Aminu Shagali, in a rapid-fire manner, hastened the passage of the bill days to the expiration of the eighth assembly.

This sparked up the debate again, and the resumption of the case whose judgment, the National Daily gathered, was reserved in 2017.

Present at the June 19 ruling were the counsels to the defenders and plaintiffs.

“We thank God for His divine intervention,” he said.