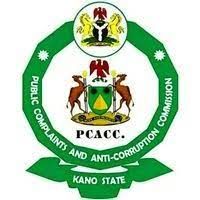 The Kano State Public Complaints and Anti-corruption Commission says it will no longer entertain any matter related to the payment of students’ scholarships.

Mr Baba Sharif-Dala, the Commissioner ll in the agency, disclosed this in a terse statement issued on Wednesday in Kano on behalf of the commission’s Executive Chairman, Mr Muhyi Magaji-Rimingado.

“This is to inform the general public that, henceforth, this commission will no longer entertain any matter relating to payments of students on domestic and foreign scholarships.

“The commission will only listen to any complaint for resolution. Anything related to payment of scholarship should be directed to the Kano State Scholarship Board for redress,” the statement read in part.

The commission, while commending the general public for the confidence reposed on it, assured of its resolve to continue listening to their grievances for equity.

The News Agency of Nigeria (NAN) recalls that Gov. Abdullahi Ganduje of Kano state in January mandated the commission to monitor the process of foreign scholarship programme and its current position.

Addressing newsmen then, Magaji-Rimingado said: “You may be aware that the past administration had sponsored Kano state students to study in various countries, an initiative which received accolades across the board.

“It is equally the understanding of people that all those sponsored have their tuition, upkeep and other necessary financial needs settled at the initial stage.

“In contrast, the present government of Kano state saw the need to involve this agency to supervise, investigate and perhaps take charge of the lingering foreign scholarship crisis, which is becoming so worrisome by the day.”

According to him, the Kano State Government has spent over N7 billion to settle the unpaid scholarship of Kano indigent students in various countries between 2015 and 2021.

“The present administration as of today settled the sum of N7 billion of foreign scholarship programme inherited from various administrations that initiated the programme.”

He regretted that despite the payment by the government, the students are complaining of being under financial pressure for one reason or the other.

Magaji-Rimingado explained that, “Consultants were used as intermediaries which made the programme easy to manipulate.

“Allegations exist that fraudulent students are orchestrated by some calling themselves as Consultants and other political gladiators.

“I want to inform you that the commission as an interim measure has recommended the payment of some requests in consideration of the condition of students.

“And the government has so far released the sum of N144 million to my office for the settlement of the students’ tuition fees while we continue to unravel the truth.”

The chairman disclosed that over 200 million dollars for the payment of students’ scholarship were stocked in Egypt, saying “we are doing everything possible to retrieve the fund”.