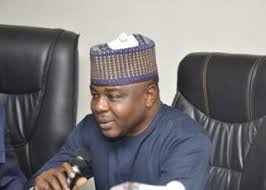 The kidnapped Commissioner for Housing and Urban Development in Benue State , Ekpe Ogbu, has been released by the kidnappers.
The Special Adviser on Security Matters to Governor Samuel Ortom, Colonel Paul Hemba (retd), was said to have disclosed the release of the commissioner.
The commssioner was kidnapped at Adankari Junction, along the Otukpo-Ado Road in Benue State, North-Central Nigeria.