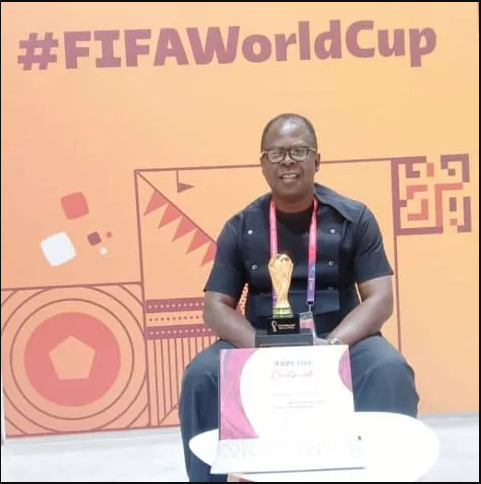 With nine World Cup coverages under his belt, Nigeria’s Kunle Solaja and South Africa’s Mark Glesson, each with nine appearances at the World Cup are among 80 other journalists honoured by the AIPS in conjunction with FIFA in Doha on Tuesday.

Solaja and South Africa’s Mark Glesson are the only Africans among the lots decorated at the ceremony.

The AIPS is the world body of sports journalists. The presentation of the replica trophies was done by World Cup legend, Ronaldo of Brazil.

Among those honoured is the 88 year old Enrique Macaya Márquez, a freelance journalist from Argentina.

His 64 year association with the World Cup has seen him cover the global event an amazing  17 times, surpassing that of Uruguay’s Diego Lucero, who until his death in 1995was known to be the only man to have attended all World Cup finals from 1930.

Shortly after the presentations, Solaja was selected for a special interview by FIFA TV.