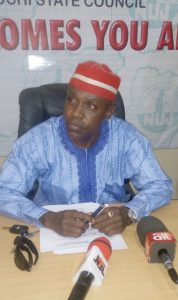 The Bauchi State Coordinator of the Presidential Candidate of the New Nigeria People’s Party (NNPP), Rabiu Kwankwaso, has dumped the party for the Peoples Democratic Party (PDP).

The coordinator, Dr Babayo Liman, who is also the North-East Zonal Secretary of the NNPP, announcing his resignation at a news conference on Monday in Bauchi, declared: “I want to formally inform the general public, especially members of the NNPP in Bauchi State, North-East and Nigeria at large, that I have resigned as a member of the NNPP.

“I have also resigned as the Zonal Secretary of the North-East as well as member and coordinator of the Presidential Campaign Council of the NNPP presidential candidate, Dr Rabiu Kwnkwaso.

“Let the general public know that I have withdrawn my membership from the NNPP, I am no more with the NNPP from today.”

He said that he ditched the NNPP for the PDP alongside large numbers of his supporters, adding that the party lacked structure to win elections in the country.

He said that his decision to switched camp also stemmed from internal crisis, flagrant disregard of the rule of law and lack of unity among members due to poor leadership of the party.

According to him, the NNPP’s leadership poorly managed its affairs resulting to emergence of various factions.

He, therefore, canvassed votes for the PDP and its candidates at all levels in the forthcoming election.

He described PDP as the most organised party than any other political party, and conducted its affairs like a family.