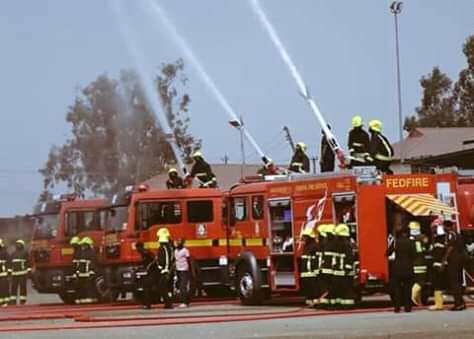 The Kwara State Government has approved the commencement of Diploma course in Fire Safety Engineering for firefighters in the  civil service.

Mr John Olumuyiwa, the Director of Fire Service made this known while speaking with the News Agency of Nigeria (NAN) on Monday in llorin.

Olumuyiwa said the diploma course would be a two – year programme and would commence at the Staff Development College, Ilorin.

He said that the programme would assist the personnel of the state fire service to be well equipped in fire fighting and prevention.

The director said the programme would also enable the firefighters to acquire modern techniques of firefighting.

He expressed gratitude to Gov. AbdulRahman AbdulRazaq for his magnanimity in approving the programme.

“My advice to the personnel of the state fire service is to reciprocate government gesture by being dedicated to their duty,” Olumuyiwa said.

Meanwhile, the state fire service prevented a fire outbreak at a two – storey building along Okoerin road, llorin early on Monday, from burning down the building completely..

Olumuyiwa said that the inferno, which affected only three rooms in the building, was put out firefighters from his office.