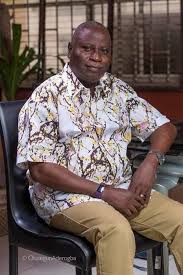 Rep. Babatunde Hunpe, representing Badagry Federal Constituency in the House of Representatives, on Monday laid the foundation of a block of three classrooms at Iworo/Ajido Model College, Ajido.

Hunpe, represented by his Chief of Staff, Mr Setonji Balogun, said it was part of his campaign promises to reduce overcrowding of students in public schools in Badagry communities.

He said that a block of three classrooms project, when completed, would be furnished with chairs and desks, for the students.

“During my campaign period, I passed through many communities and inspected some schools in Badagry, where their leaders demanded for many things.

“All these requests were written down, and I am presently working on them.

“Today, my campaign promises led to laying of foundation of this block of three classrooms and more are still coming to you.

“Recently, transformers were given to communities here in Ajido; let me assure you that those transformers will soon be energised for you.

“I’m appealing to my constituents to continue to support me with prayers so that I can bring to you more dividends of democracy,” Hunpe said.

Also, Mr Hassan Isola, a Chieftain of APC in Badagry, lauded the efforts of the lawmaker and federal government for remembering the community.

Isola said that the three classrooms being constructed by the lawmaker were not enough for the students.

He urged leaders of the community to accept the gift and while still waiting for more dividends of democracy.

Also, Mr Adekunle Ganiyu, representing Avan Construction Ltd., the contractor handling the project, assured the people that the project would be completed within six months.

Ganiyu said that after building the classrooms, the company would furnished them with chairs and desks.

In his remarks, the Aholu of Ajido Kingdom, Aholu Saheed Adamson, the Aholu Topon Toyiago urged politicians not to forget their promises to the electorate during their campaigns.

“We are happy that our representative, Hunpe, has not forgot his promises to his people.

“Hunpe will still bring more dividends of democracy to us in Ajido and Iworo Communities; let continue to pray for him,” he said.

The traditional ruler said that more than 15 communities in Badagry would benefit from the project.