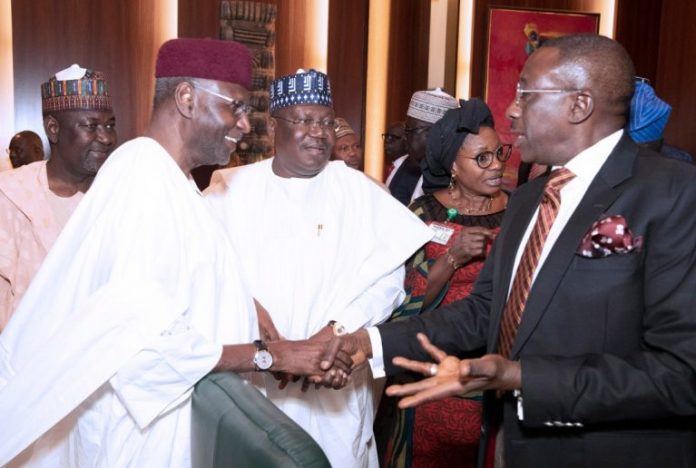 National Security Adviser Babagana Monguno has got an additional appointment following a short spell of hanging out dirty linen between him and presidential CoS Abba Kyari alleged to have taken over as Nigeria’s commander-in-chief.

President Muhammadu Buhari made the appointment Monday, and Monguno now doubles as chair of the National Humanitarian Coordination Committee (NHCC).

Although Monguno stayed off the last Federal Executive Council meeting in the middle of the embarrassing reveals by the presidential aide, he was present at the inauguration of the NASS Service Commission on Wednesday.

Buhari, Kyari, Monguno and the nation’s service chiefs came under criticism amid a series of leaks in which the NSA carpeted Kyari for micro-managing the service chiefs and taking decision without Buhari’s knowledge.

Many Nigerians asked all of them to resign, especially as insecurity hits a new high across the nation.

It however seems Kyari and Monguno are crutches Buhari cannot throw away just like that.

Kyari, an un-elected aide,  has been reported as the most powerful person in Buhari’s government. Ministers and others in the cabinet report to him, and the president makes no decision without him.

It’s not impossible Kyari could have mollycoddled the angry NSA with the new appointment, though by way of suggestion to the president.