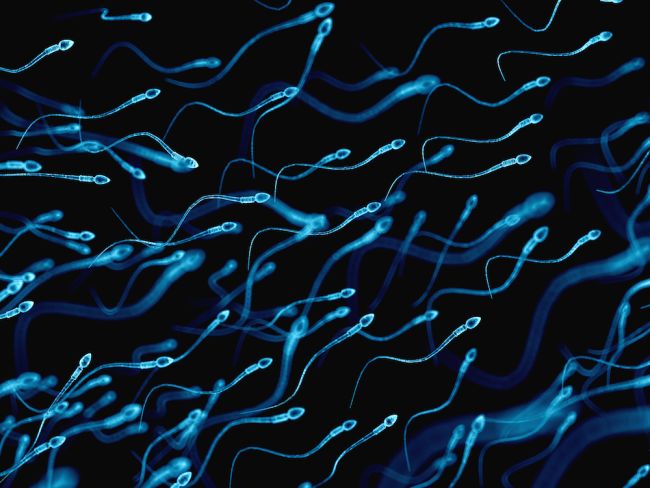 The way smoking weed alters human mind might not be different from what it does to your sexy swimmers, driving them crazy. So men with dwindling sperm counts have hope—that’s if they don’t mind getting stoned.

But before dashing for a roll, learn more about the latest discovery.

Anew study suggests that men who smoke marijuana may have higher sperm counts than those who have never used the drug.

The findings are “not consistent” with what we have always known, though—that MJ kills men’s sperm cells.

However, the study, published in the Feb. 6 issue of the journal Human Reproduction, doesn’t mean men should start smoking pot to up their sperm counts.

The findings are far from conclusive, and more research is needed to understand whether smoking marijuana could indeed, at certain levels, have a positive effect on sperm production.

But the study does highlight how little researchers know about the effects of marijuana on reproductive health, study senior author Dr. Jorge Chavarro, an associate professor of nutrition and epidemiology at the Harvard T.H. Chan School of Public Health in Boston, said in a statement.

For example, in 2015, researchers from Denmark found that men who smoked marijuana more than once per week had sperm counts that were nearly 30 percent lower than those who didn’t smoke marijuana, or those who used the drug less frequently.

However, the effects of more moderate marijuana use on sperm counts among men is less clear,according to the article by Live Science.

In the new study, the researchers analyzed information from 662 men who, along with their partners, were evaluated for infertility from 2000 to 2017 at the Massachusetts General Hospital Fertility Center.

The men answered survey questions about how often they smoked marijuana or used other drugs, and they also provided sperm and blood samples.

A little over half of the men (55 percent) reported ever smoking marijuana in their lifetimes, and 11 percent said that they currently smoked marijuana.

The findings held even after the researchers took into account some factors that could have affected sperm concentration, such as age, cigarette smoking and alcohol use.

Interestingly, each additional year that had passed since a man last used marijuana was tied to a slight increase in sperm count.

“Our findings were contrary to what we hypothesized at the start of the study,” study lead author Feiby Nassan, a postdoctoral research fellow at the Harvard T.H. Chan School of Public Health, said in the statement.

It may be that low or moderate levels of marijuana use have a beneficial effect on sperm production, but heavier use reverses this effect.

It’s known that moderate- to heavy-use of tobacco or alcohol is tied to lower sperm counts, but whether marijuana has the same effect is up for debate, said Dr. Sarah Vij, a urologist at the Cleveland Clinic who was not involved with the study.

Vij said she applauded the study authors for looking at this question, since it is a topic that needs more research.

But the new study doesn’t provide a conclusive answer. “Overall, the jury is still out on how marijuana impacts a man’s fertility potential,” Vij told Live Science.