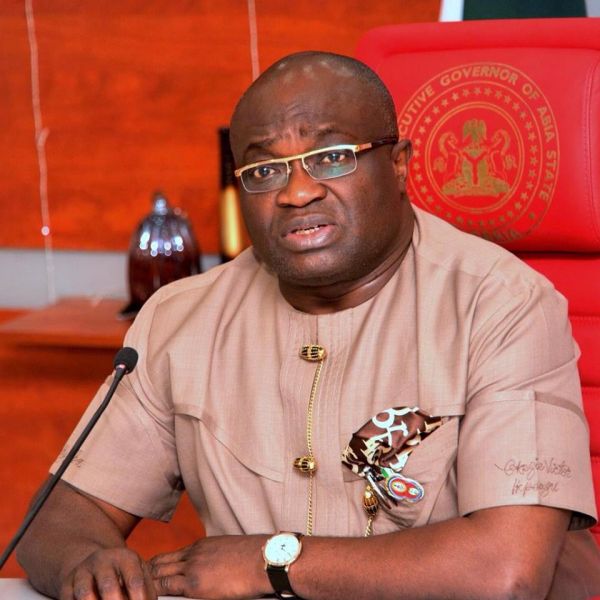 The Organised Labour in Abia State has issued strong warning to Governor Okezie Ikpeazu of Abia State of pending industrial unrest over failure to pay workers salaries in about the past 18 months in the state.

National Dailylearned that Abia State Chairman of the Nigeria Labour Congress (NLC), Uchenna Obigwe, had on Friday revealed that Labour had issued a seven-day ultimatum to Governor Ikpeazu to attend to the unpaid salaries of workers in the state or face industrial unrest.

The Organised Labour issued the ultimatum in a statement jointly signed in Umuahia on Friday by the NLC, Joint Negotiating Council and Trade Union Congress (TUC).

Labour had cautioned that workers should not be held responsible “for any breach of industrial peace and harmony in the state,” if the government fails to address their protests on the expiration of the ultimatum. “A labourer deserves his wages,” the statement indicated.

The Organised Labour expressed gross dissatisfaction over the discriminatory “sectoral pattern of payment of workers’ salaries in the state since the inception of the present administration.”

The Labour leaders argued that the unpaid salaries “has placed an average worker in the state in a beggarly position economically.”

The Organised Labour pointed out that several other agencies which include the state Library Board, secondary school teachers, SEMB and Abia Council for Arts and Culture were owed arrears of the N18,000 minimum wage of 10 to 14 months.

Labour also decried that the 2017 leave allowances were partially paid, and the 2018 and 2019 allowances have not been paid.

Labour lamented that the government also failed to pay pensions to senior citizens, noting that only few pensioners were paid in November 2017. These also include retired civil servants who were last paid gratuity in 1999.

The Organsied Labour, therefore, demanded explanations how Governor Ikpeazu spent  the third and last disbursements of the Paris Club refund to the state.

“We are worried over the non-implementation of this directive for the benefit of the workers in the state,” Labour said. (NAN)