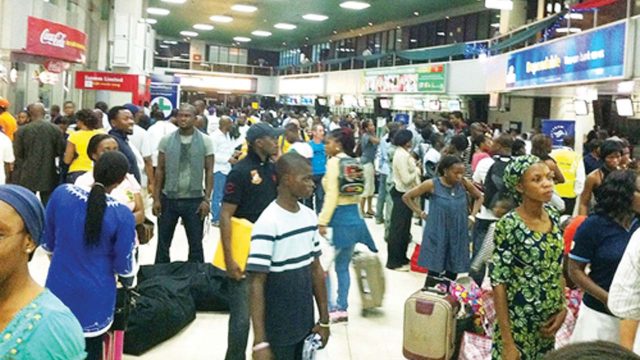 Activities at the Benin Airport were grounded on Thursday as both entry and exit gates were locked, with hundreds of intending passengers stranded, arising from nationwide strike called by leadership of organised labour.

Organised labour had on Wednesday directed all its affiliates to commence an indefinite warning strike on Thursday to press home its demand for a new national minimum wage.

The strike caused gridlock within the axis of the Airport Road as motorists had hectic time trying to meander the area.

While hundreds of intending passengers milled around both entry and exit gates, security personnel struggled to control both human and vehicular traffic.

Edo Chairman of the Nigeria Labour Congress (NLC), Mr Emmanuel Ademokun, who spoke with journalists, expressed satisfaction with the level of compliance.

He said that he and his team, were going round to ensure total compliance with the stay at home directive of the NLC.

“We want to ensure that workers in the state comply with the directive of the NLC of industrial action.

“We are not just sitting, but going around to monitor things ourselves.

“I am quite satisfied with what I have seen so far and this will continue until there is a directive from the national secretariat,” he stated.