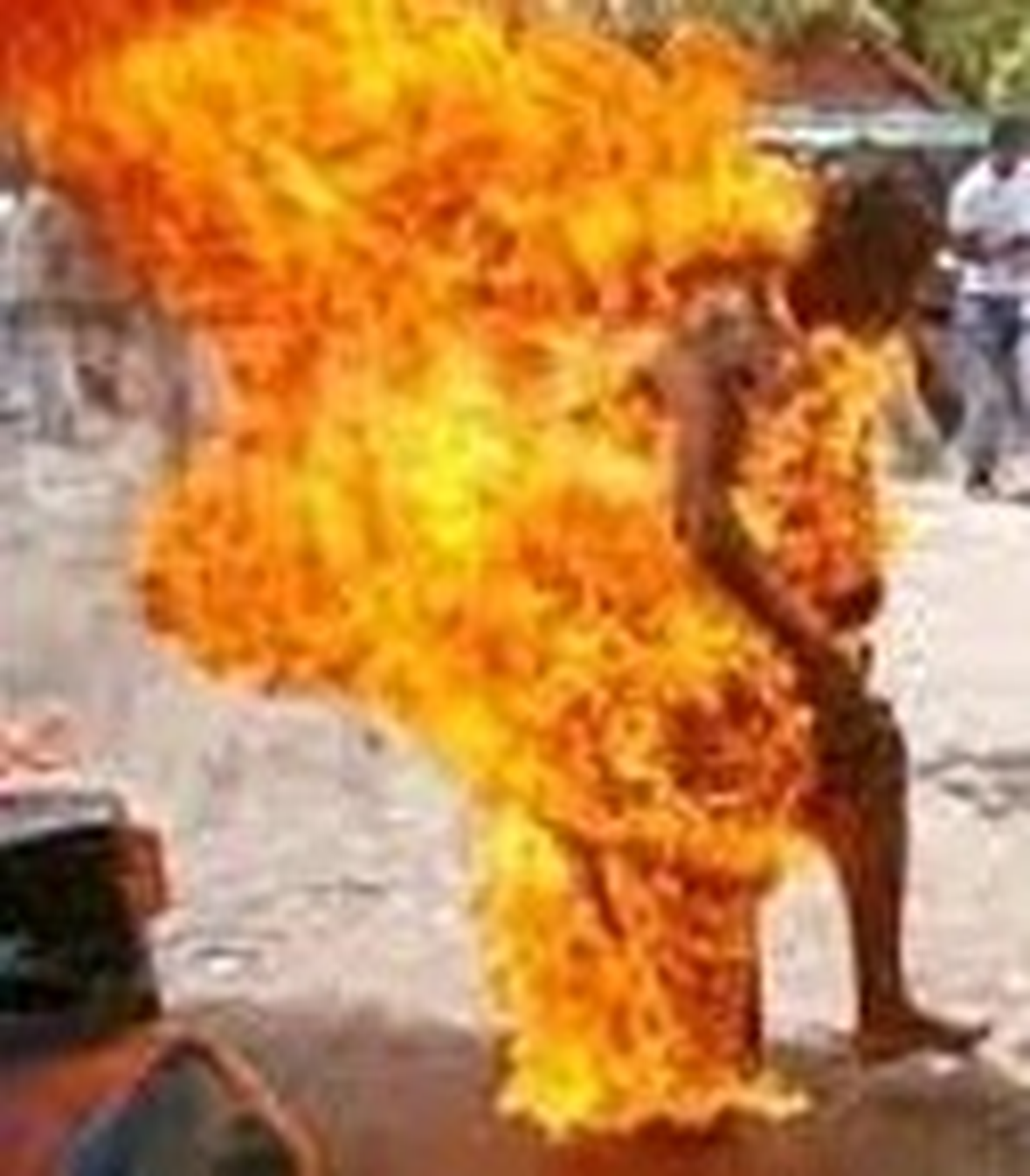 A commercial bus driver chose to end his life instead of watching his bus impounded by the Lagos State Transport Management Authority at Ajao Estate on Tuesday.

He was flagged down for breaking the state’s traffic rules, and the LASTMA operative, as it is their practice, hopped in to hijack the bus.

According to witnesses, the driver decided to do something drastic.

So he grabbed a jerrycan of fuel in his bus, emptied it on himself, and lit it up with lighter he took from his pocket.

The pandemonium that followed attracted colleagues, neighbours, and hoodlums in the area, turning the incident into a mob attack on the LASTMA officers.

It was after a while they put out the flame that engulfed the driver, and rushed him to a hospital.

But some of his friends doubted his chances.

LASTMA and the state police command have not issued any official statement.

Share this on WhatsApp
Related Topics:driverfire. Ajao EstateLagosLASTMA
Up Next

Did You Know: Retired U.S presidential armoured beast are destroyed with explosives to keep its secrets?