By Olanrewaju Adesanya
A lawmaker in the Lagos State House of Assembly, Hon. Moshood Oshun has refuted claims attributed to him, saying  Nigerian politicians are fetish.
Oshun, representing Lagos Mainland 2 in the Assembly, stated that it would be wrong for him to insinuate that his colleagues were patronising traditionalists, adding that tradition should be separated from religion.
The lawmaker cleared the air on the matter in an interaction with members of the Lagos State House of Assembly Correspondents Association (LAHACA) on Monday, adding that he was misquoted in the newspaper report on the issue.
“I want to correct a report that is flying. On Thursday 17th October, 2019 during the Yoruba sitting in the House, a motion was moved by Hon. Setonji David from Badagry 2 on Isese Day and why the traditionalists should be granted a day for their celebration.
“In the cause of my contribution, I said that it was something we should all embrace because religion, tradition and culture go together.
“I now went ahead to talk about the fact that we have lost our culture and our tradition. I said that we don’t even speak Yoruba Language anymore and that our children don’t understand Yoruba Language anymore other than English Language.
“I said that on the chamber that day that if you look at the civil servants, the doctors, the lawyers and politicians there that there was tendency that some of them had traditional medicine on them.
“But that day, I saw in a newspaper report indicating that I said that all Nigerian politicians tie charms on their waists, on their hands and the rest of it, which was erroneous.
“I never said only politicians that carry charms. Politicians are humans and just like I said that day; doctors, lawyers, civil servants and others had a choice to practise any religion. You don’t have to be a politician to practise a particular religion,” he said.
Oshun, who is the Chairman of the House Committee on Public Accounts (State), added that he felt that there was a kind of misunderstanding in the report and that he spoke to the newspaper concerned and that they pulled it out of their website immediately.
He however said that the report had gone viral, and that people were asking him if he actually said what was reported by the media.
The politician insisted that having spent 12 years in the House, he couldn’t have said that on the floor of the House, which he said was an open place.
“You must say what you mean and something you can defend on the floor of the House. I cannot defend that. I don’t even know all the politicians in Lagos State alone not to talk of the whole Nigeria.
“So, I cannot assume that all politicians do charms. I cannot even assume that all the politicians in my local government do charms not to talk of Nigeria.
“But the good thing about it is that the newspaper concerned has pulled it out of their website, but it had gone viral and everybody has been calling me about it till today. I just felt we should correct that because it was not what I said and I will never say that,” he said.
The lawmaker maintained that there was need to differentiate between religion and culture.
He added that culture was the way we dress, the way we speak our language and that it involved some other things.
He insisted that he spoke about culture, and about language, and that he went further to say that the Yorubas should not wait till white men from the United Kingdom and the United States of America would teach their children Yoruba Language.
He said: “We need to teach our children our language. To say politicians are fetish is very wrong. Politicians are humans, they are part of the society.
“The same way you have politicians who believe in charms, you have doctors, lawyers, economists and others who believe in it. It is a matter of choice. If a politician or lawyer believes in it , it is a matter of choice.
“If you say a politician is afraid that someone might take his seat and he goes fetish, what of civil servants, and even footballers.
“When we were younger, we felt that Indians used charms to play football. Are you saying that lawyers don’t believe in charms or doctors don’t want a very good hospital, it is a matter of choice.” 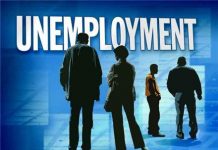 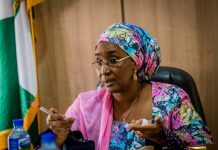